Selena Gomez has received an apology after the 'Saved by the Bell' reboot made jokes about her lifesaving kidney transplant from 2017 as her donor and BFF Francia Raisa responds.

Selena Gomez has received an apology after the rebooted series of Saved by the Bell cracked jokes about the 'Lose You To Love Me' singer's kidney transplant and facing considerable backlash for doing so.

Now, her close friend who donated the kidney, Francia Raisa, has responded to the apology and made it clear the 'offence' caused by the whole thing.

Here's what went down...

In the show reboot, airing on streaming site Peacock, two characters argue over who donated their kidney to the singer in 2017 after complications with Lupus left her in need of the new organ.

One suggests it was the mother of her ex-boyfriend, Justin Bieber and the other says it was her Disney alumni and former BFF, Demi Lovato (it was neither of these people).

Later on, a piece of graffiti can be seen, reading:

"Does Selena Gomez even have kidneys?"

Upon seeing it, people flocked to Twitter to voice their outrage at what's widely been branded a tasteless joke, causing 'Respect Selena Gomez' to trend on social media.

Peacock made a formal apology, saying:

"We apologize. It was never our intention to make light of Selena’s health."

"We have been in touch with her team and will be making a donation to her charity, The Selena Gomez Fund for Lupus Research at USC."

However, Francia, who donated her kidney, responded to the whole thing with a poingant series of messages.

She wrote: "Appreciate the apology but let’s not forget about the donors that potentially felt offended and dismissed from the spray paint written on the wall."

"As a kidney donor I want to show love and let other donors know that you are not alone. You are seen. You are appreciated. You are so brave and your selfless act is very much appreciated and valued!

As a kidney donor I want to show love and let other donors know that you are not alone. You are seen. You are appreciated. You are so brave and your selfless act is very much appreciated and valued! 🙏🏽

Selena is yet to address the whole scandal, but with such fiercely loyal fans such as hers, it's clear they have spoken up on her behalf! 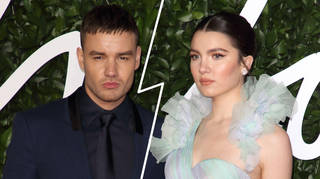