Twitter is pretty much the best platform to get a brand to stand up and take notice about a complaint… but Scotty T from Geordie Shore has started a full-on row with Tesco – despite him being in the wrong!

Let’s break it down for you…

Scotty T tweeted Tesco to complain about a terrible sandwich he bought as part of his meal deal – so far, so normal. 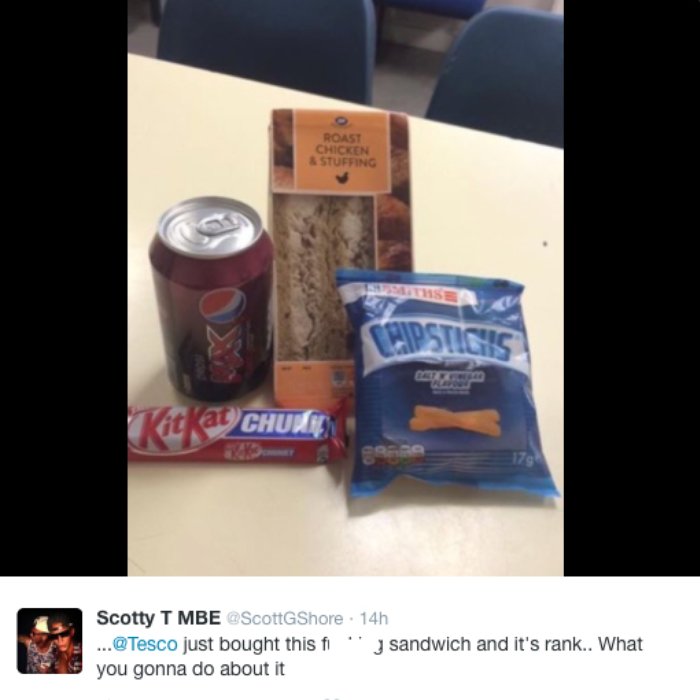 Tesco replied back to him saying “Not sure how we can help ;) Might want to try ‪@BootsUK”

Yes, the sandwich had a Boots logo on it… so it turns out that he hadn’t bought it from Tesco at all. D’oh! But wait…

Scott then tweeted, “Why would I go to boots? The sandwich I got from there was s**t, you need to swap it for one of yours - Scotty T”

When will you be sorting this out @Tesco

Don't be shifting the blame - Scott

Is there a problem - Scott

Never change, Scott – it was definitely worth a try!