Although, we were kind of surprised when Rebel Wilson revealed that she was in ‘stunt training’ for Pitch Perfect 3.

Like, what could they be getting her to do?

Actually, after the Wrecking Ball situation in Pitch Perfect 2, we wouldn’t put anything past the directors.

However, it seems that training didn’t exactly go according to plan when the actress took to Instagram to show off her latest moves - before messing them all up.

She had clearly been practising some form of kick stunt but instead of executing the kick to perfection, she ended kicking her stunt trainer - Nico - in his privates. 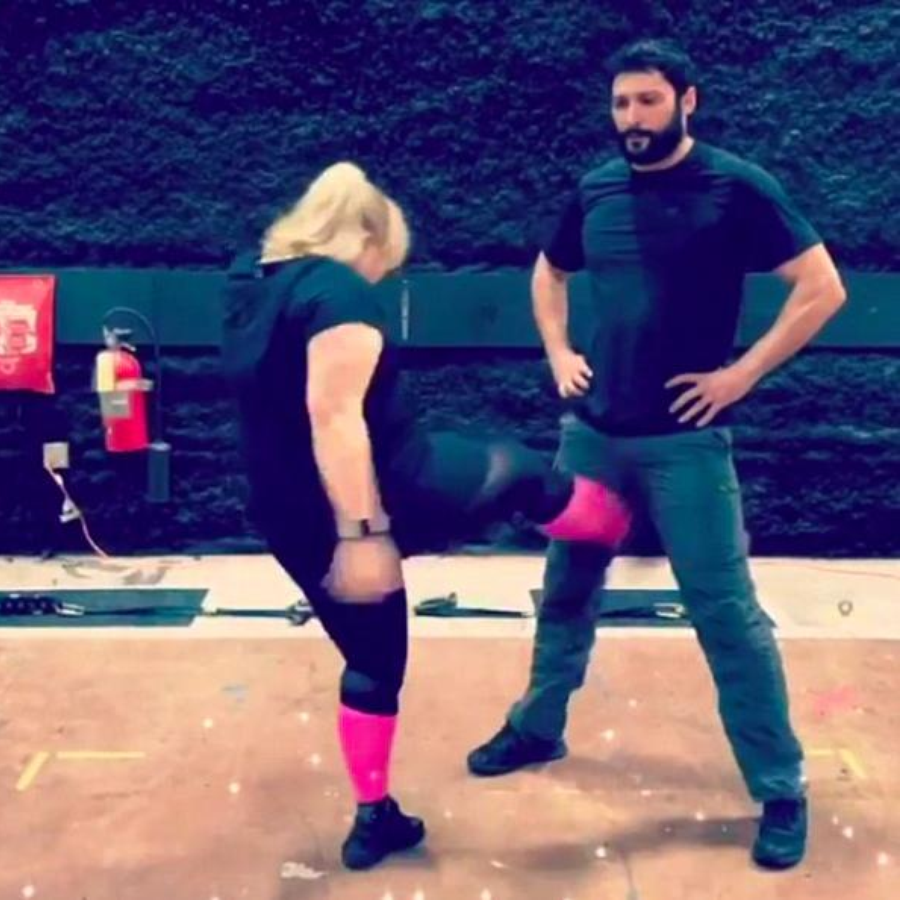 The whole cast have been posting numerous photos from filming and we cannot wait to see the third instalment. No sign of the lads on set yet though - surely they will bring Jesse and the Trebles back!

Emily's up to something. #PitchPerfect3