Yes, we're talking about Pokemon Go again...but then isn't everybody!?

It is official. Pokemon Go is literally the most popular game in the world right now and whether you're a hip hop superstar or a regular joe, people are showing the app more love than Brock has for Nurse Joy (old school Poke fans know what we're talking about).

Get Pokemon Go In The UK: How To Download The World's Most Popular Game Right Now

The list of fans is ever growing but we've whittled it down to the most famous of all wannabe Poke-trainers just for you.. 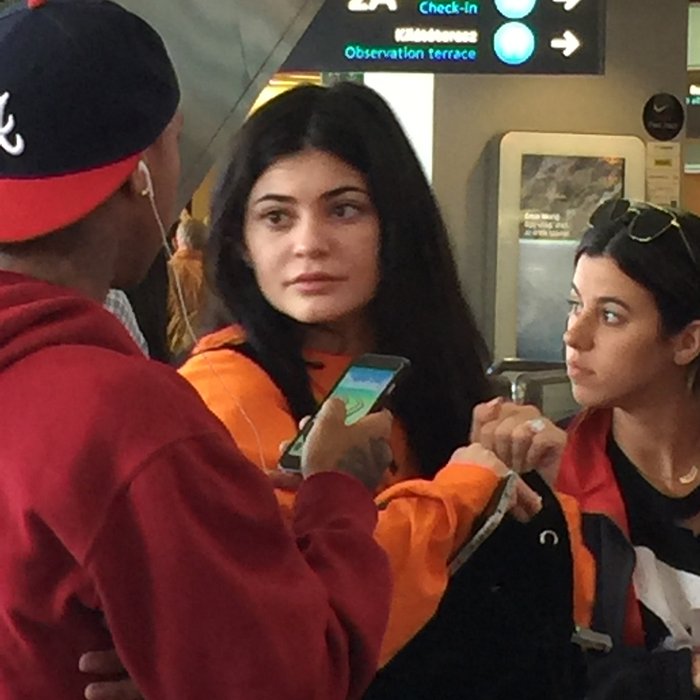 Oh Tyga...if looks could kill. Kylie looks as impressed as an Onyx with back pain. You can't blame the rapper though, who knows what could be hiding in the airport! Surely a Zapdos or Moltres right?

We REALLY hope Nick Jonas isn't trolling us with this tweet. You know what it actually cool for the Summer? Psyduck...Psyduck is cool.

What we love so much about this is that surely John Legend is in that bed too just thinking 'why is this our life now'.

Now we actually know the true reason behind why John Mayer writes such incredible music. To fuel his poke-addiction!

I don’t care who you are … Get OUT of my weight room! #PokemonGO pic.twitter.com/JLaB71nSKV

Even the owner of the billion dollar wrestling company WWE can't help but play a little Pokemon GO every now and then. Gastly...yooouu're...FIIIIRED!

If nobody has already taken him up on this...we are SO keen right now.

As if we didn't need any more reasons to love Ruby Rose she just added a whole new level of awesomeness.

What A Transformation! 18 Pictures Of Ruby Rose Through The Years

Had to look for a long time for this one.

We're not going to lie, we would LOVE to be adopted by Ellen and Portia. Mainly so that Bulbasaur would officially become our little brother!

I feel like there's Pokemon all around me and I just don't know it.