Release Date For 'Orange Is The New Black' SEASON 4 Is Revealed In New Series Trailer... And We Cannot WAIT!

We are counting down the seconds until we get to be admitted into Litchfield, thanks to Netflix's brand-spanking new teaser for 'Orange Is The New Black', which debuts on June 17.

Prison escapes. Job fairs. And - most importantly - being stuck on a plane and REALLY needing a wee. No, they're not some of the biggest first world problems... But some of our FAVE moments from 'Orange Is The New Black'.

> “I’m Not Planning Anything”: Jess Glynne Is Playing It Cool About Her BRITs Nominations!

How could Netflix possibly top it in the upcoming season? Well, if the latest teaser trailer for the fourth season is anything to go by, they should do it pretty easily. 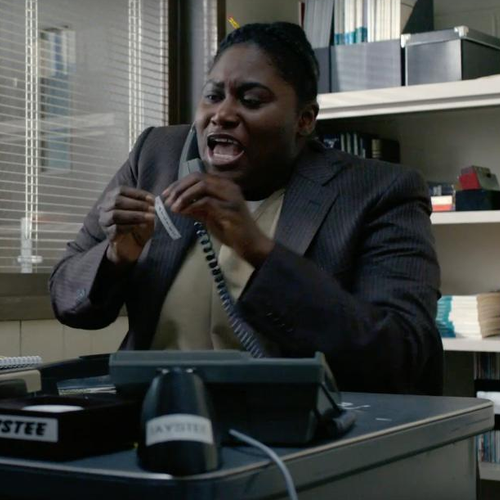 The trailer opens with some of the most memorable scenes from the past episodes, and even flashes to Taystee in a flash suit in what looks like her own office?! You go, gurl.

You can also expect to see Morello in her bridal gown, Red in deep, deep trouble and an armoured riot team tackling the prison. While it doesn't look so good for Piper and the girls, we are so very, very excited.

> LISTEN: Nathan Sykes & Ariana Grande's 'Over And Over Again' Duet Arrives And You LOVED It!

The only downside? The trailer revealed that June 17 is the official release date. (Don't worry; we've already booked it off work!)