Gorgon City Unveil New Song 'Here For You' As Next Single 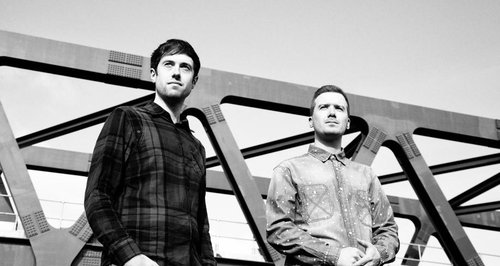 The English music duo have teamed up with singer Laura Welsh for their next release.

Gorgon City have unveiled their brand new single 'Here For You'.

The British electronic music duo revealed the track online yesterday (9th April), as the follow-up to their recent chart smash 'Ready For Your Love'.

'Here For You' features guest vocals from singer Laura Welsh, and is set to be released as their next single on 16th June.

'Ready For Your Love' was a huge hit on the Vodafone Big Top 40 earlier this year, and featuring MNEK as a guest artist.

Gorgon City are set to kick off a brand new UK tour later this month beginning with a show in Glasgow on 25th April.