Molly-Mae Hague sparked concern after telling her 4.8 million followers she’s been in hospital after ‘a tough week’.

Hours after her post about disliking the food she tried in Italy went viral, Love Island star Molly-Mae Hague concerned her followers after revealing she was on the way back from hospital.

Posting a photo onto Instagram Stories of herself in the back of a taxi, Molly-Mae wrote: “On way back from hospital. This week hasn’t been easy. I’m going to talk about things soon.”

A couple of hours later Molly shared a screenshot of her name trending on Twitter, writing in the caption: “Remind me to never share an opinion on anything ever again x.”

It’s not yet known why Molly has been in hospital, but last month she revealed she had a mole on her leg removed after her mum first noticed it while her daughter was on Love Island.

She told her followers: “Some of you may remember me talking about the mole that was here a few weeks ago on my story.

"Not going to go into too much detail until I have my results back next week but this just goes to show how important getting different doctors' opinions is.”

After the surgery she wrote: “So relieved to have it gone, I’ll keep you all updated. I just need to share this because I can’t stress the importance of this situation enough.”

It’s not clear whether Molly’s mole removal was anything to do with why she was in hospital this week, but she's yet to share the biopsy results on the removed mark.

It looks like Love Island BFF Maura Higgins has been sending her support though, as Molly shared a photo of the beautiful bouquet of flowers her pal sent to her house.

Molly’s concerning post comes after she went viral on Twitter for calling the food she tried in Italy “actually shocking”, branding an ice cream “grim.”

The reality star was trending all day as she received backlash for her opinion, but many tweets defended her and warned others not to be so harsh, especially as it was mental health awareness day just two days prior. 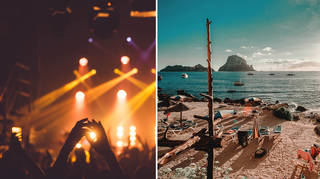 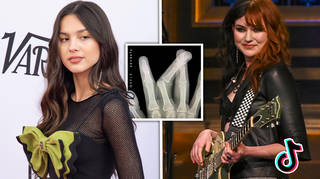