Megan hit back at the bizarre rumours she had an extra digit on her feet!

There are worse things people can accuse you of than having an extra toe, but Megan McKenna didn’t take kindly to the suggestion she had six digits on each foot after a dodgy photo emerged – and she wasn’t mincing her words! 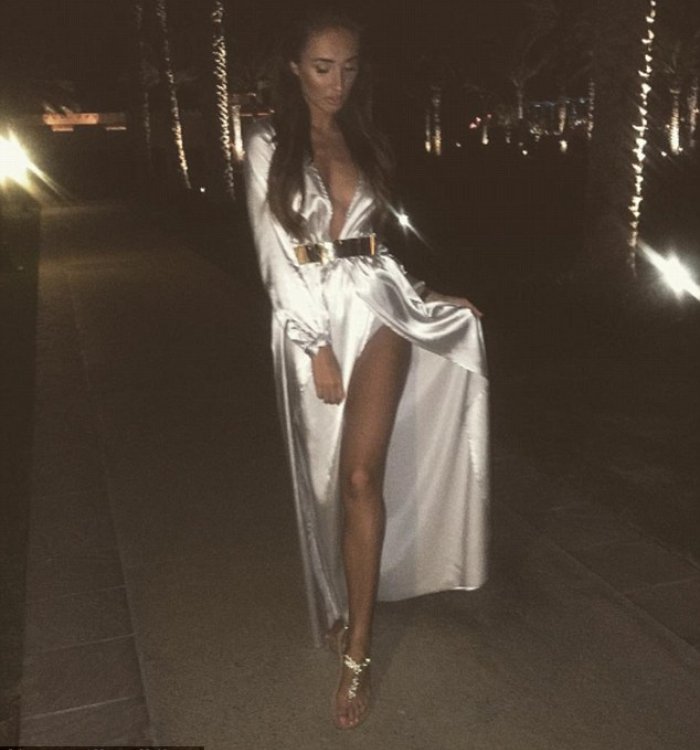 After she posted a couple of snaps where are weird angle made it look like she had an extra toe, people were quick to question her about her mysterious extra appendage.

I'm toetally confused I'm seeing pictures of Megan McKenna some feet-uring her with 6 toes and some with 5??

that megan mckenna bird is brave walkin about in heels n that when she has 6 toes. if i had 6 toes id be wearing 4 pairs of socks every day

Finally someone I can relate to with having 6 toes!!!!!! @Megan_Mckenna_ I thought I was the only one x

@Megan_Mckenna_ oi can you please explain how you've got 6 toes? pic.twitter.com/G2lAItKC0G

However, it looks like it was just a trick of the angle and the light as Megan took to Twitter to dispel the rumours with a photo and video of her perfectly pedicured tootsies.

Well, that’s the most random rumour of the week cleared up then, y’know, in case any of you were losing sleep over a TOWIE cast member’s toes.... but it's not the only thing Megan's been ripped on Twitter for in the past day or two.

Fans also spotted that the designer bags she and her pals were carrying for TOWIE filming after they had been 'shopping' were actually empty bags after they appeared in the background of another photo on her instagram all stacked inside one another. D'oh!

And here are the empty designer bags...

Never to early for a cocktail date #Towie

Keep it Capital tonight to catch Katy Perry on the Capital Evening Show with Roman Kemp - and you can listen live by downloading the Capital App right here!