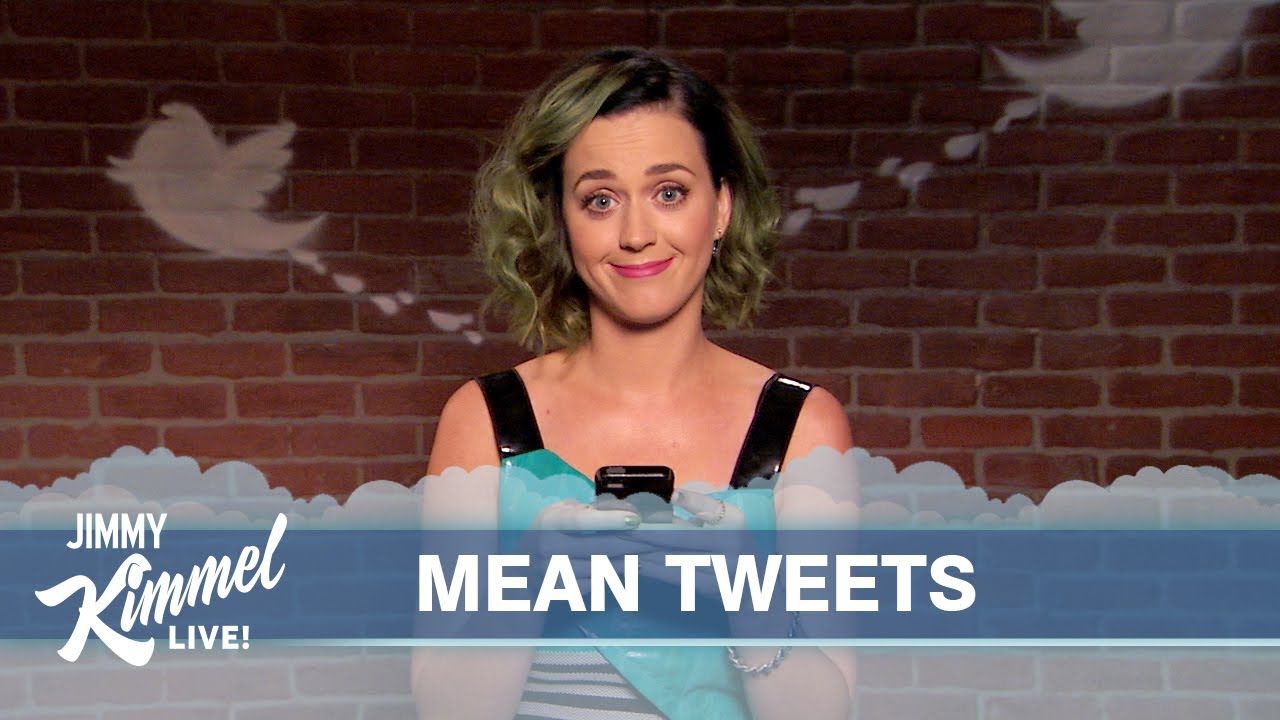 Jimmy Kimmel strikes again! This amazing compilation of some of music’s biggest stars reading mean tweets is all kinds of hilarious.

Jimmy Kimmel is probably the only man that can get away with getting some of the music industry’s finest to read out tweets from internet trolls without getting a slap – to hilarious effect!

Rounding up everyone from Sam Smith and Ed Sheeran to Britney Spears and Katy Perry via 5 Seconds of Summer, each star in this compilation has to read out a mean tweet sent to them over Twitter.

Lady Gaga gets criticised about the scent of her fragrance range, Drake gets told he looks like Voldemort with hair, while Wiz Khalifa can’t help cracking up at his mean tweet.

Jessie J’s toilet habits come under question, an observer wants to put a part of Iggy Azalea’s anatomy in the bin while Britney gets compared to the weather in New York.

If you liked Mean Tweets, why not check out 5 Seconds of Summer reacting to their Fan Mail: