Jason Derulo’s New TikTok Song ‘Savage Love’: Why Does It Sound So Familiar?

Jason Derulo has released a new song called ‘Savage Love’ and the TikTok track has a very familiar beat.

Jason Derulo has dropped a new track called ‘Savage Love’ and the beat is already widely popular in the TikTok world.

The pop star has been dominating TikTok with a series of skits and dance challenges, some of which feature his model girlfriend Jena Frumes.

But he has recently been criticised for using the familiar beat from the app and sampling it on his new bop.

But where have I heard it before?

Why does Jason Derulo's 'Savage Love' sound so familiar?

The original tune, which has been used for numerous TikTok dance challenges, is originally by Jawsh 685 and it’s called ‘Laxed (Siren Beat)'.

It first went viral after it was featured on nearly 1million clips a day and received just under 50million views.

However, fans weren’t happy when they saw that the Cats actor uploaded his song without crediting Jawsh 685.

According to Variety, The 17-year-old New Zealand musician is apparently in the final stages of negotiating a record deal with Columbia Records and it took them a while to get in contact with the creator.

He was also allegedly in talks with the US star to remix the track but it seems Jason didn’t wait until the deal was done before uploading 'Savage Love'.

Speaking to The Independent, a source said: "Jason wanted the beat for a record. He wanted the song to be a Jason Derulo song with Jawsh as a producer.

"But Jawsh should make decisions of what he wants to do with it, not be bullied by a bigger artist into putting it out."

The ‘In My Head’ star went on to credit the creator, real name Joshua Nanai, in another post, penning: “Had fun remixing @jawsh_685 siren beat #SavageLove summer vibes.”

He has gone on to upload a number of clips of him and his friends doing the TikTok viral dance to it and fans are definitely getting on board! 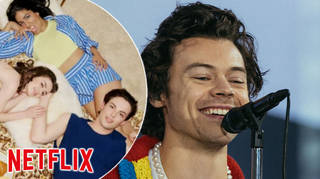 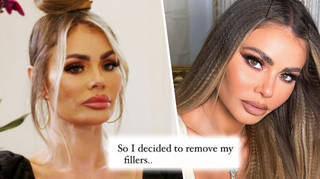