The work of dark magic, maybe?

We’re missing Harry Potter so much that whenever anything new or strange comes across the Capital desk, we instantly lose all cool.

Because, yes, we are still massive fangirls of the franchise.

But, we do have a question.

WHY, for the love of all things magical, has one random line in The Prisoner of Azkaban book been mysteriously changed.

Is this the result of some dark magic or was it the work of J.K.Rowling herself?

Pass us our time-turner because we are desperate to go back to 1999 when the original edition was published and figure out what the F is going on. 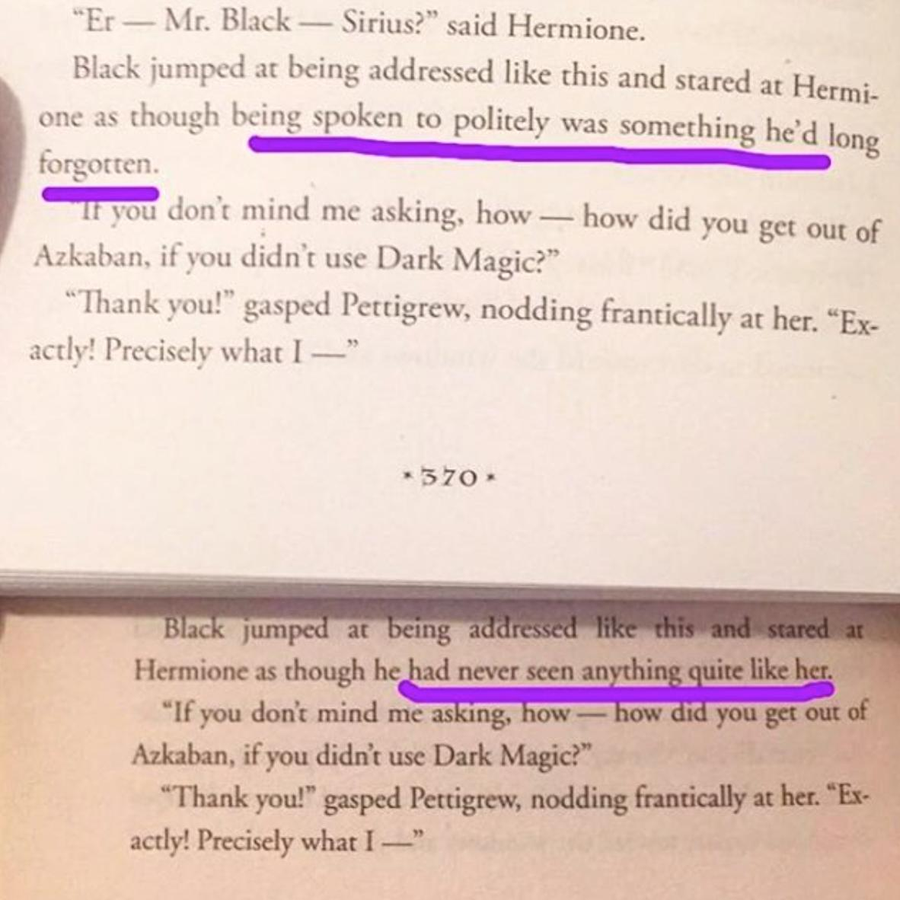 The scene that has been changed ever so slightly focuses on the moment when Hermione Grainger calls Sirius Black, Mr Black whilst at the Shrieking Shack. You know, when they’re trying to decide if Pettigrew is innocent or whether he is an ACTUAL turncoat.

The original 1999 version of the scene reads, “he’d never seen anything quite like her”, whereas the most recent edition reads, “staring at Hermione as though being spoken to politely was something he’d long forgotten”.

If anyone has any information on this, could they please send a stamped letter to 'Capital Digital Team, The Cupboard Under The Stairs, UK'. Thank you very much!