These three are too much.

People have always speculated whether Bella Thorne and Tyler Posey were an item.

Because, let’s face it - they always seemed pretty cosy.

> Bella Thorne And Tyler Posey Confirm Their Relationship As They Are Spotted Kissing!

But in true Bella style, she took to Twitter last year to deny any form of a romantic relationship with the ‘Teen Wolf’ star.

BUT all of that changed this week when the gorgeous young couple were spotted KISSING in the street.

Nothing says happily in a relationship like a PDA for all of Hollywood’s paps to see, right?

Bella Thorne was originally in a relationship with Gregg Sulkin before calling off their year long relationship just a few weeks ago. They released a joint statement to People saying how they want to remain friends. Which is always nice.

Later that week, Bella revealed that she is in fact bi-sexual on Twitter. Cool. Great.

Aww thank you for all the accepting tweets from everyone. I love you guys #pride

She was then spotted kissing her brother’s ex-girlfriend on Snapchat.

And NOW, she’s been spotted kissing Tyler Posey in the middle of the street. Which, FYI, we are completely on board with. Oh, and they made things Snapchat official (yes, that’s the new Facebook official, don’t you know?) last night. 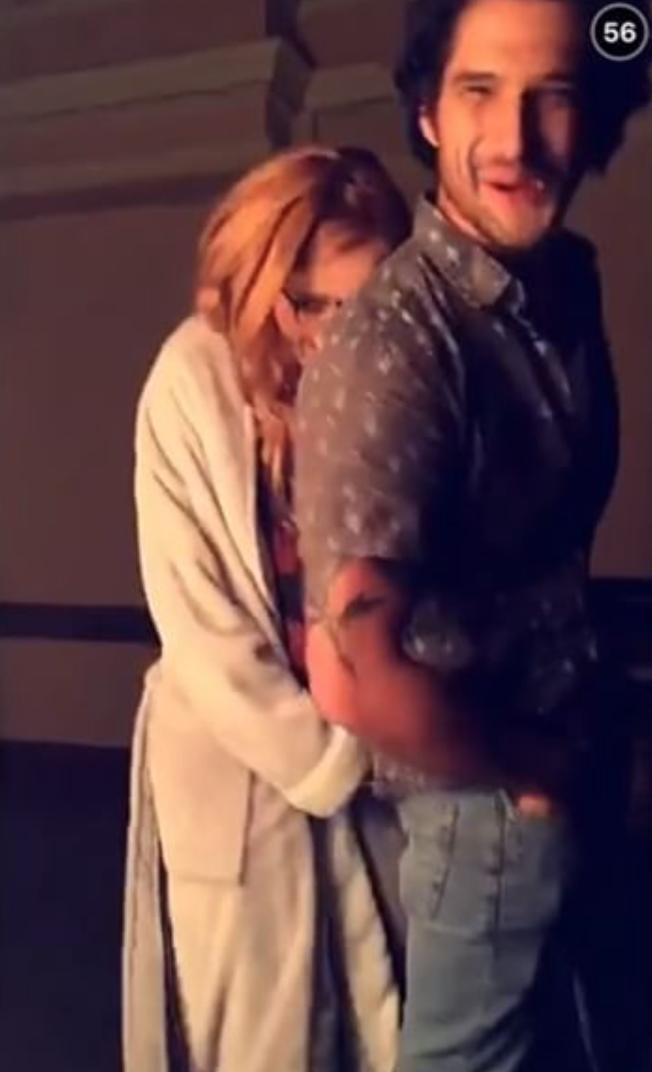 However, if you thought Gregg Sulkin was going to take one of his best friends dating his ex-girlfriend quietly, you have ANOTHER THING COMING, MY FRIEND.

The actor recently took to Twitter to comment, ‘Children want attention’. Now, we know, we know, this could legit be about ANYTHING, but the timing is almost TOO MUCH of a coincidence, right?