The boys ALSO give us some big updates on progress for their new album, and who's on it!

Gorgon City stopped by for a chat with Max backstage at New Look Wireless Festival 2015 this weekend… only to be interrupted halfway through by their mate MNEK!

The ‘Go All Night’ duo chatted exclusively with us ahead of their set where they opened up on work on their new album and whether they’ll be some exciting guest stars on the follow-up to last year’s ‘Sirens’.

“It’s not finished but it’s getting there,” they explained. “We worked in LA for two weeks while we were at Coachella, we worked with some American artists. Secrets!”

But the funniest moment came when MNEK, the singer on their hit ‘Ready For Your Love’ stopped by suddenly during the chat for an impromptu bit of banter!

Hit play on the video above to watch Gorgon City’s interview from backstage at Wireless 2015. 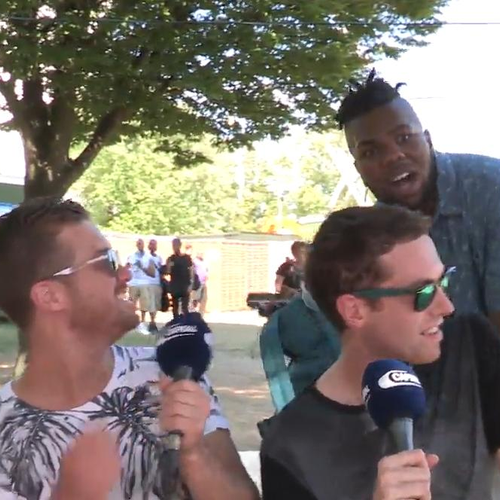 Max also caught up with Conor Maynard backstage at New Look Wireless Festival this year, getting him to sing her a few bars of Fetty Wap's 'Trap Queen'! Hit play on the video below to watch it: