Now, you're only way in is to win!

Global is proud to launch a brand new awards show celebrating the stars of music, news & entertainment across genres in the UK and from around the world.

The evening is bringing together all of Global’s radio stations including Capital, Capital XTRA, Heart, Classic FM, Smooth, Radio X, Gold and LBC with the categories reflecting the music, programmes and news aired on the stations. The public and a panel of industry experts will vote for The Global Awards.

Due to huge demand, tickets have completely sold out! Now your only chance to be at The Global Awards to keep listening to Capital to win tickets.

The first ever star-studded Global Awards show will take place in front of fans and stars alike, and promises to be an extraordinary night with performances and special appearances from some of the world’s greatest artists, including... 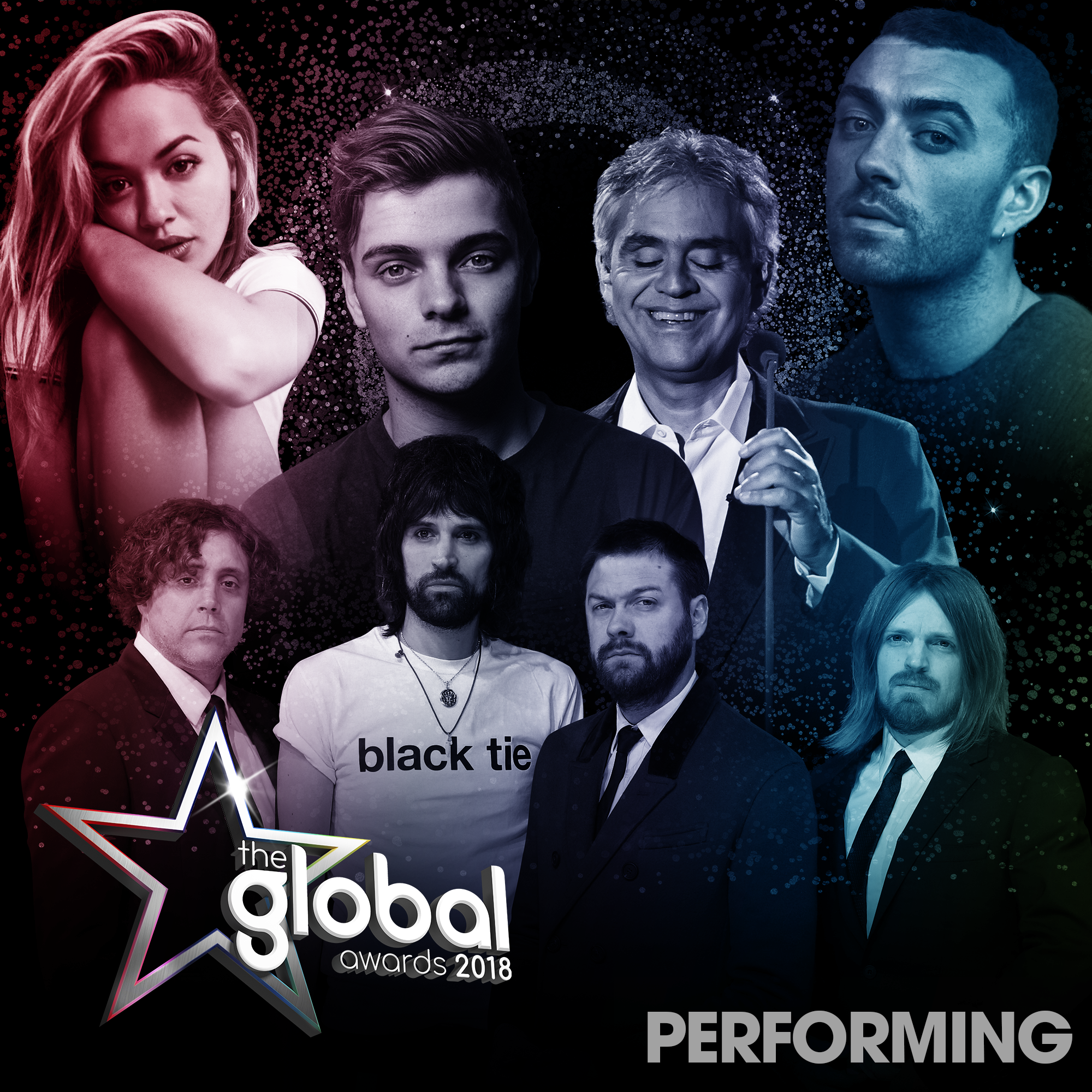 Sam Smith, who - fresh after releasing his second album 'The Thrill of It All' - stormed the charts and got to number one in both the UK and the US. Expect to hear Sam perform some of his SIX UK number one singles, like his Oscar-winning 'Writing's On The Wall'.

Joining Sam will be Rita Ora, who's also set to perform at the Global Awards. If her performance at the Global Awards is anything like her set at #CapitalJBB, prepare to be wowed. With four UK number ones, her latest track ‘Anywhere’ spent three weeks at the top of The Official Vodafone Big Top 40.

One of the world's biggest rock bands, Kasabian, are also set to take to the Global Awards' stage, and get the crowd head-banging to the likes of 'Fire'. And if you're looking for incredible, powerful vocals, look no further than... Andrea Bocelli. He's ready to raise the roof of the Global Awards with his belting voice. The iconic classical artist has sung 'Time to Say Goodbye' with Sarah Brightman and dueted alongside Ed Sheeran on 'Perfect Symphony'; an orchestral remix of 'Perfect'.

Finally, you can't have the Global Awards without having a huge rave, can you? Martin Garrix is going to turn up the party, blasting out some of his collabs with the likes of Dua Lipa and David Guetta. Are you ready to see the youngest artist ever to top DJ Mag’s prestigious annual Top 100 DJs poll, live at the Global Awards?

Ashley Tabor OBE, Global’s Founder & Executive President, said: “At Global, we’ve built some of the UK’s biggest radio stations and media brands. Through their reach, we’re in the privileged position of entertaining and engaging more than half the UK population every single week.”

”This means we’re perfectly placed to create the biggest and best music and entertainment awards the UK has ever seen, supported by Global’s incredible listeners who will be voting for some of their favourite artists in popular categories. Global also has a great reputation for on putting on world class events, and the Global Awards will be no exception!”

Due to huge demand tickets have completely sold out! Now your only chance to be at The Global Awards to keep listening to Capital to win tickets