The Duke & Duchess Of Cambridge And Prince Harry Opened The Global Academy!

Here's what happened as William, Catherine and Harry officially opened the Global Academy, working with Heads Together to help people talk about mental health and wellbeing.

The Royal visit began with a visit to our sister station Heart's production office as a live broadcast took place. (Something tells us Catherine could give Emma Bunton a run for her money!)

The Duke & Duchess of Cambridge and Prince Harry take a look around the @thisisheart production studio at this morning's #RoyalOpening pic.twitter.com/zpJKerhYR0

Next Prince Harry took a visit to one of the science rooms at the academy, where students were aptly learning how radio waves are transmitted.

Prince Harry currently in one of the Science Hubs here at @TheGAcademy. This morning students are learning how radio waves are transmitted pic.twitter.com/bd8gcvwoS5

William was showed around a media classroom where students were working on an audio project titled 'Early Speeches Of The Royal Family.'

The Duke in one of @TheGAcademy's media hubs, students are aptly working on an audio project titled 'Early speeches of the Royal Family' pic.twitter.com/2l0uW4cg7P

Their Royal Highnesses were then joined by LBC's Nick Ferrari, Heart's Jamie Theakston and Emma Bunton and Capital's very own Roman Kemp in a discussion on the importance of talking about mental health. 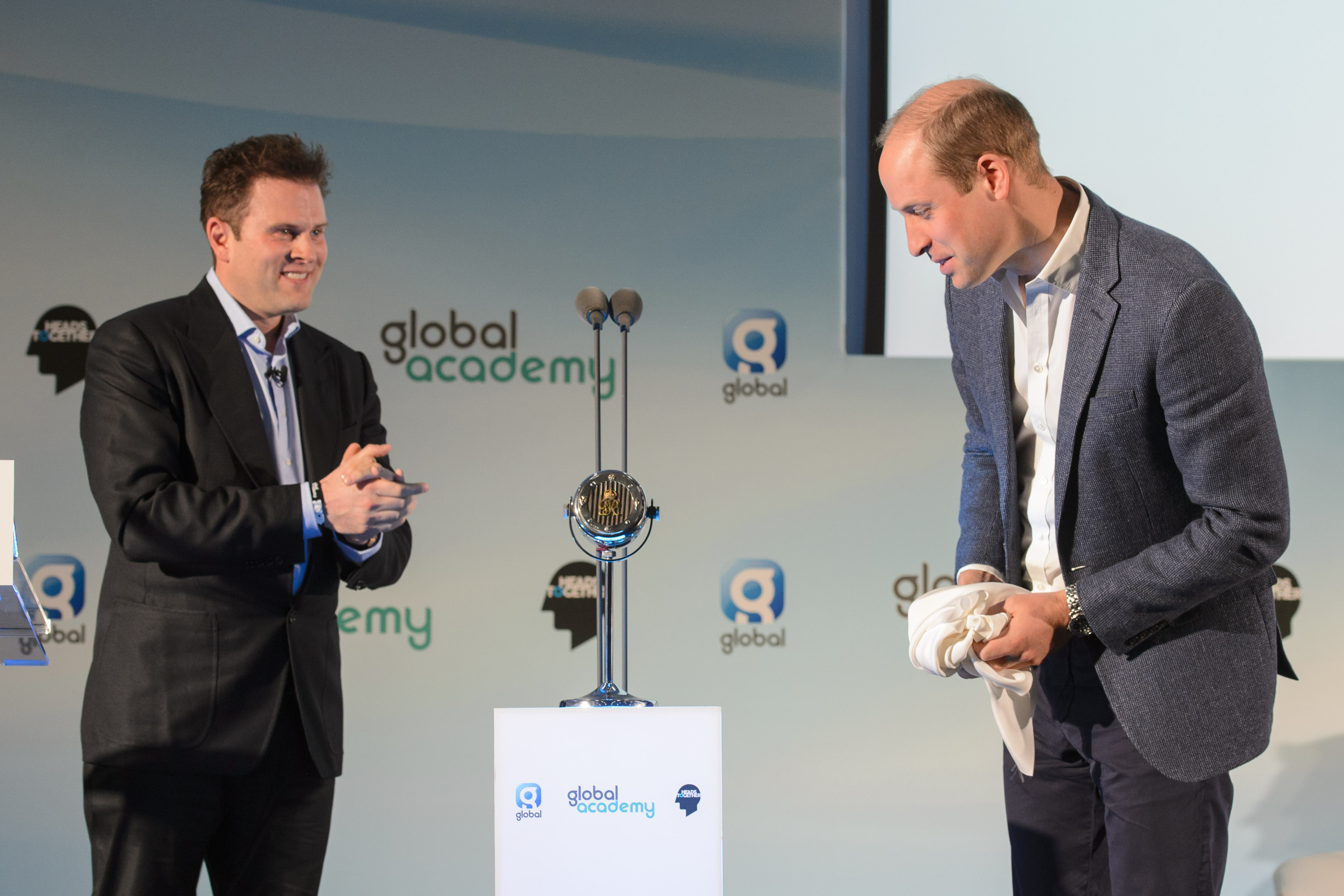 What Is Heads Together?

Heads Together aims to change the national conversation on mental health and wellbeing, and is a partnership with inspiring charities with decades of experience in tackling stigma, raising awareness, and providing vital help for people with mental health challenges.

Spearheaded by The Duke and Duchess of Cambridge and Prince Harry, Heads Together aims to use the privilege of being Charity of the Year for the 2017 Virgin Money London Marathon to tackle stigma and change the conversation on mental health and to make this year’s London Marathon ‘the mental health marathon’.

We’ve given you exclusive early access to the Heads Together Snapchat lens - if you want to show your support by wearing a digital headband then get involved – it’s got a twist so make sure you try it with your friends or the person you talk to most about how you feel.
Once you’ve created, be sure to add our headstogether account and share with your friends (and with us), so we can show your masterpiece to the Heads Together community! 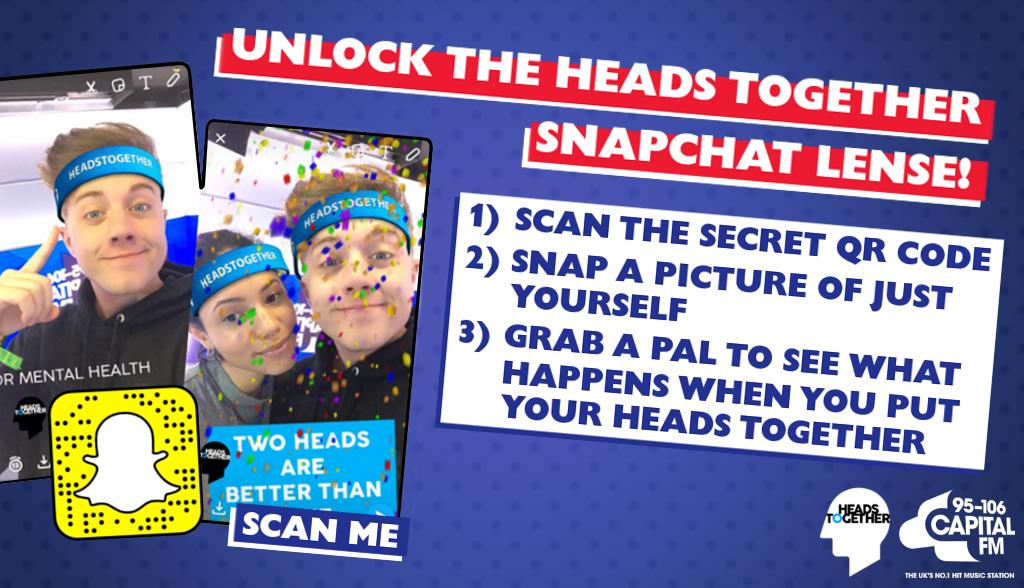 Not on Snapchat? No problem.

Two heads are better than one when it comes to your mental health. So when someone you know is going through a difficult time, it’s OK to ask how they are – and if you feel like you need to speak to someone, it’s OK to say so.

It’s not always easy to talk about how you feel. But when someone is struggling, speaking to someone they trust can make a real difference.

Help them show that it’s #oktosay by:

- They’d love you, your friends & followers to join the conversation and if you do use #oktosay and #headstogether so they can hear you

Make sure you sign up to their newsletter as well – and they’ll keep you posted on other campaign activity (they’ve got lots of news coming up), including ways to show your support online, as well as content from marathon day – which promises to be the first mental health marathon!

The Heads Together Partners

If you're unsure who to reach out to or struggling to put into words how you're feeling, please remember their charity partners are there for you.

We work with eight different charity partners to make sure that everyone feels able to speak openly about their mental health.

- CALM – The Campaign Against Living Miserably)