WATCH: James Corden Joins The Game Of Thrones Cast... And Did He Just Give A Spoiler Away?! 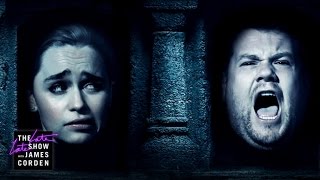 The US chat show host has some SERIOUS banter with the cast of Game Of Thrones.

Game Of Thrones season six is just a matter of DAYS away now so - with #JonSnow fever pitch reaching an ALL-TIME high - James Corden’s given in and joined the cast!

The HBO series is back at the start of May and James has become the latest addition into the Hall Of Faces - where he’s been handing out with Cersei Lannister, Daenerys, Theon Greyjoy and the rest, having some SERIOUS banter while they’re at it.

Hit play on the video above to watch James and the Game Of Thrones cast having a hilarious time - and throwing a barbs at each other of course.

And do the last few moments - involving a certain long-haired, sultry member of the Night’s Watch - suggest James knows something we don’t about the future of Kit Harington’s character? 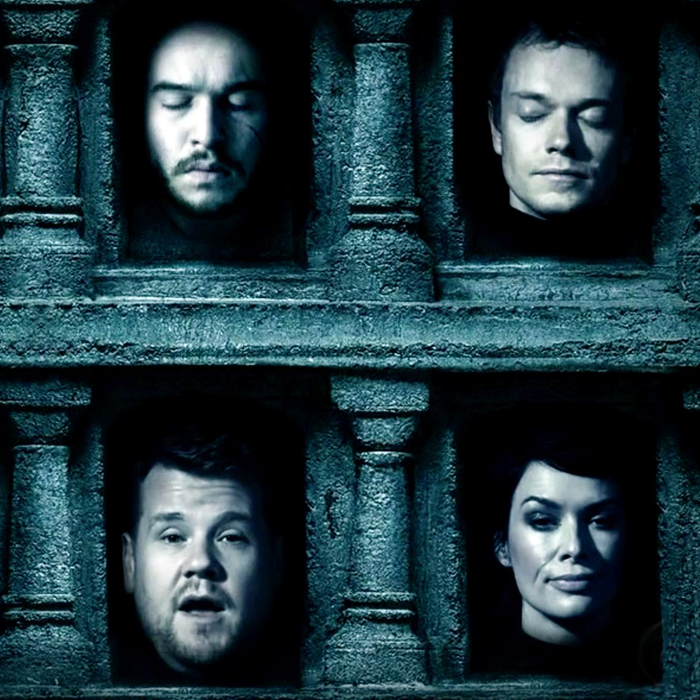