Parents can sometimes be a little embarrassing...but this is what happens when it gets out of control.

It might have started as a joke, however Cassie Martin's hilarious Dad has now overtaken her by almost 30k followers thanks to his on-point parody of his own daughter's pics.

If you haven't had a chance to check these out yet then you might want to sit down because some will cripple you with laughter.

Burr Martin has been taking the mick out of his daughter for a while now, however his son Austin has so far been able to escape the comedic wrath of his pops.

Burr posted this selfie with the caption: 'Cassie has asked me for a "shoutout" to get more followers because HAHA! I have more. So...I...guess...if you want to...go follow her page...Sigh...man! The things I do for my kids!'. 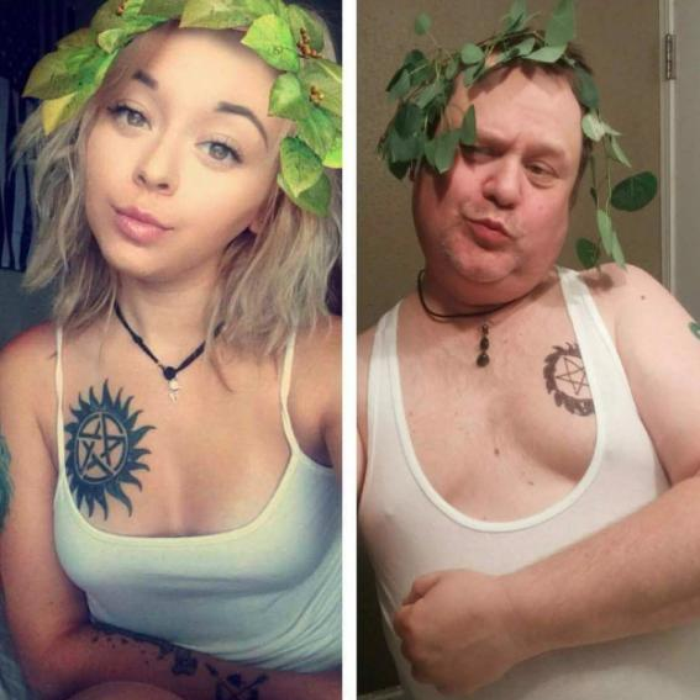 Burr currently has 70k to Cassie's 40k...we'll be sure to check back and see who's winning in due time.