Since Love Island ended, Chris & Olivia have barely been out of the headlines.

Much of that has been down to Chris revealing that Katie Price has been sending him flirty messages after the pair met on the set of Loose Women, although Katie has now publicly denied it.

The 39 year old shared a tweet with her followers to shut down any more talk about her reportedly sending Chris messages, although it seems to have backfired on her.

Met @chrishughes_22 once on Loose Women and with @oliviajade_att at the football. Sorry to disappoint you all no flirty texts got sent! pic.twitter.com/xxRChO2AuC

But the most brutal thing of all is that Chris attached pictures of supposed messages from Katie 'proving' that she did indeed send him messages that seem pretty flirty... 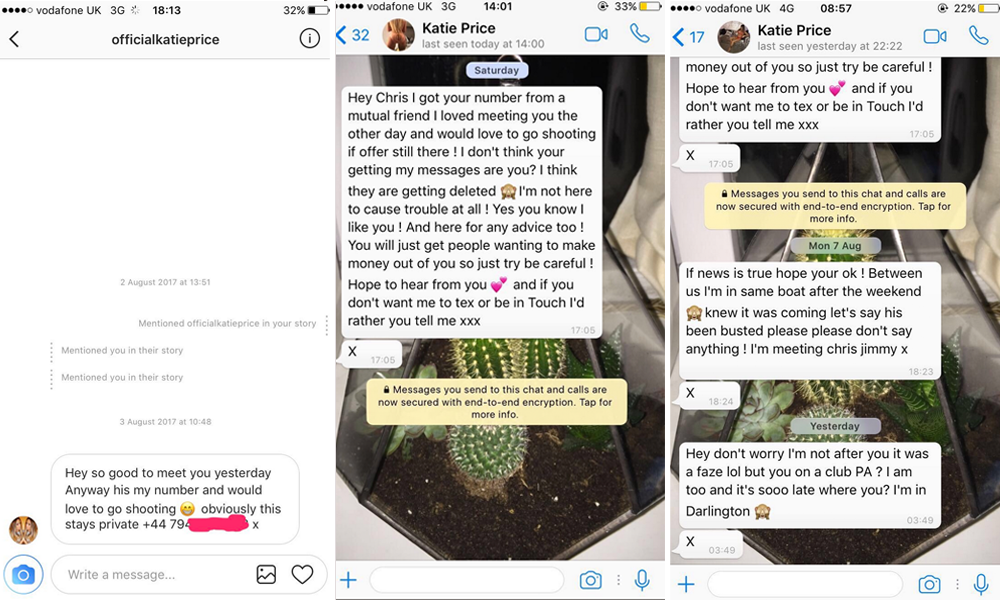 Chris then swiftly followed that bombshell up with another tweet claiming, 'A message from another female who went out her way to get my number from someone, then messaging me, is flirty. My girls @oliviajade_att'

A message from another female who went out her way to get my number from someone, then messaging me, is flirty. My girls @oliviajade_att

So not only is Chris seemingly outing Katie Price, but he's also confirming that he and Olivia are still together.

However some Twitter users were quick to point out they felt that Chris had deleted his parts of their conversation in the messages he shared, prompting people to question whether the 'reveal' was genuine'...

He has def deleted his side .... you can tell by what she's wrote .. and I wouldn't mind but she isn't even flirting

Yes, it's very easy to be high and mighty when your side of the story isn't known.

Well you can't say the Love Island cast haven't been as entertaining outside the villa as they were in it!

> Download Our Tatsy New App & Get All The Latest Celebrity Chat First!

Whilst you're here, check out the trailer for Chris' brand new show 'Straight Outta Love Island' alongside his BFF Kem...