Well, she did say she wanted kids before 30…

2017 is already shaping up to be the year of baby rumours – and it looks like the latest one to come under the spotlight is none other the Charlotte Crosby.

People have been speculating that Charlotte might be pregnant with her rumoured boyfriend, Stephen Bear’s baby after fans spotted a suspected baby bump when Charlotte posed on the red carpet at the BRIT Awards. 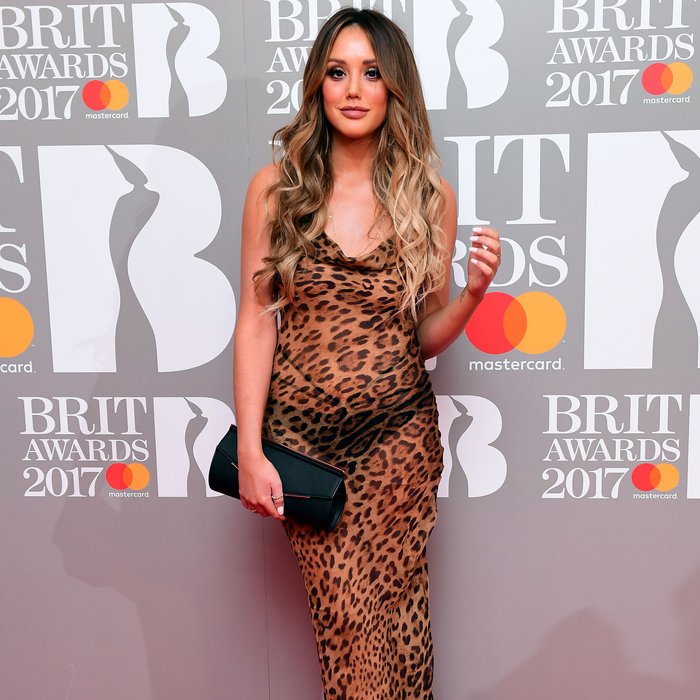 While most wrote it off as an illusion created by the leopard print on her sheer dress, the rumours sparked back up after Charlotte posted a video promoting her clothing range on Twitter – and it did look like there as a mystery bump under her jumper dress too.

@inthestyleUK have a huge treat tomorrow 40% OFF EVERYTHING, you need to be following them to find out the code @inthestyleUK pic.twitter.com/cX2n4ceCIt

It comes after Bear jokingly said in a recent interview that “She’s pregnant with my baby” before quickly backtracking – so could there be a baby Bear on the way after all?

Fans took to Twitter to question whether what they were seeing was a bump:

is it me or does charlotte crosby look pregnant

Is it just me who's thinking that Charlotte Crosby looks pregnant ???

Charlotte’s been vocal about wanting a baby before she turns 30 years old – and she’s currently 26 – after she tragically suffered an ectopic pregnancy last year.

She revealed that she had lost Gary Beadle’s baby and had to have an ovary removed after suffering a life-threatening ectopic pregnancy while he had been in Thailand filming for Ex On The Beach and cheated on her with two girls.

We’ll be waiting wait bated breath for a confirmation or a denial but one thing’s for certain – Charlotte definitely deserves happiness after the year she had last year, baby or not!