Kim Kardashian is set to become a lawyer after becoming involved with criminal justice in the US, having already been influential in the release of Miss Alice Marie Johnson after meeting with President Trump.

Kim Kardashian has revealed she's studying law with dreams to become a criminal justice lawyer and will sit the bar exam next year in her next step in becoming a vocal supporter of prison reform in the US.

In her first solo cover shoot and interview for Vogue, the 38-year-old social media queen let people into a day in her life, which includes four hours of studying with top lawyers to prepare her to pass the necessary exams to becoming a certified lawyer.

She admitted she's had an interest ever since she was a young girl and would look over her father, Robert Kardashian's, case files for the infamous OJ Simpson trial.

Kim told Vogue: "My dad had a library, and when you pushed on this wall there was this whole hidden closet room, with all of his O.J. evidence books. On weekends I would always snoop and look through. I was really nosy about the forensics."

Kim first became involved in prison reform when hearing about the case of a mother who had been in prison for 21 years on a nonviolent drug charge.

"Here’s a grandmother who took part in her first-time nonviolent offence and received the same sentence as Charles Manson. I just thought, This is so wrong and so bizarre, and how could that be?"

After a meeting at the White House with Donald Trump, Alice Johnson was granted clemency and is now a free woman.

On her studies, Kim has said: "Took my first test, I got a 100. Super easy for me. The reading is what really gets me. It’s so time-consuming. The concepts I grasp in two seconds."

She also showed Vogue the piles of letters she receives some inmates around the country asking for her help and has visited prisons where she hears inmates exclaim "She’s here to get us out!

She and Kanye are expecting their fourth child via surrogate in the Spring, so pretty soon, and what with her studies and her family and Vogue shoots and filming for KUWTK we're wondering where she finds the hours in the day!

> Download Our Brand New App For All The Latest Kardashian Drama 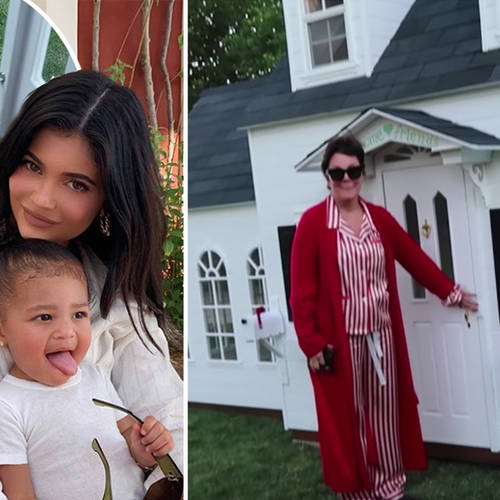