Andrew Brady has broken his silence since announcing his split from Caroline Flack and addresses rumours that his desire to go on 'Celebs Go Dating' was the reason for their break-up.

Andrew Brady has admitted he met with 'Celebs Go Dating' bosses to discuss appearing on the show just a day after announcing the end of his three month engagement from Love Island presenter Caroline Flack, saying he feels ashamed and only did it because he has no money.

Posting a heartfelt message on Instagram, Andrew confesses that he is penniless, saying: "When someone has no money and nothing to lose they tend to do crazy irrational things. I am ashamed and trying to move on with my life". 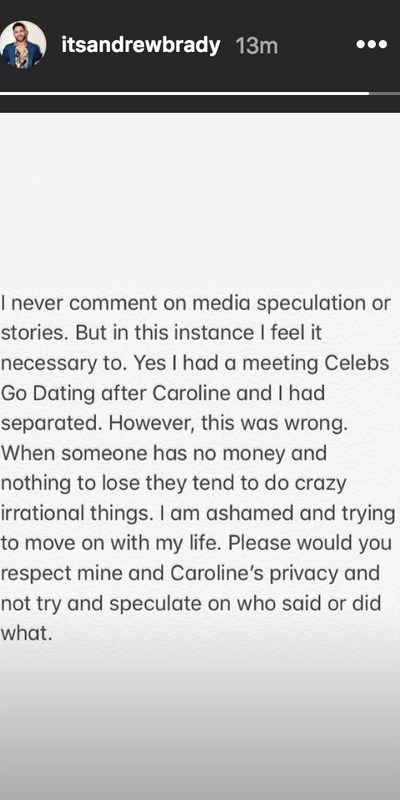 The pair announced their engagement back in April, after getting together back in February, and never announced a date for their wedding.

Download Our Brand New App For All The Latest Celebrity News