Ashton Irwin Leaves A Fan Needing Stitches! Plus 5 Other Celebs That Have Accidentally Injured Fans

It's not only celebrities that suffer from injuries caused by their art from time to time, sometimes fans get caught in the cross fire too.

We're all guilty of getting caught up in the moment on occasion and getting over excited, so much so we lose control and it CAN, SOMETIMES lead to injury. Just like these unlucky stars found out...

1. 5SOS' Ashton Irwin leaves a girl needing stitches after throwing his drum sticks in to the crowd - accidentally OF COURSE!

Ashton Irwin is sorry! The 5 Seconds Of Summer drummer and all around hottie took to Twitter this week (August 1st 2015) to apologise to a fan after news broke that the drum sticks Ashton threw in to the audience at a gig in Minneapolis, United States accidentally managed to slice open one fan's eyebrow, leaving a young girl needing stitches.

When you get hit in the face with Ashton's drumstick @Ashton5SOS pic.twitter.com/GjyJnIZIPB

Four stitches later and we're pleased to report Madz is fighting fit, and probably still scrolling through pages of tweets from supportive well wishers after her post reached over 14,000 retweets.

Apparently a girl got hit by a drum stick tonight... I can not express how incredibly sorry I am... I am so sorry :(

Demi Lovato tried her hand at a spot of crowd surfing whist performing at a London club, only rather than jumping to dive on her back the singer went in to the dive head first - the first thing on the 'what NOT to do when it comes to crowd surfing' list of do's and dont's. Blindly jumping in to her crowd of Lovatics poor Demi managed to escape unharmed however accidentally caused injury to one fan who broke her fall in the process...

I'd be honored if Demi fell on me and I had to have surgery..... pic.twitter.com/AwxJuxNTWH

However, it'd seem being crushed by Demi Lovato has it's perks as the fan gushes over the incident on Twitter, leading to actual jealousy from other fans! We kind of love the optimism here. Watch the incident unfold in this fan footage of the event:

We're happy to report this story has a beautiful ending however. After dropping his microphone to the ground after a power shortage on stage, Adam Levine awkwardly sends his mic flying into the front row of a Canadian concert where he stands and watches one fan get hit in the face by the flying object.

Adam revealed he watched the whole thing play back in slow motion when chatting to American talk show Jimmy Kimmel who played the clip back on live television when joined by the star. Watching the incident unfold Adam turned the unfortunate incident around into a positive as he invited the fan to join him on stage, so #win really!

4. The time Harry Styles lost control of his aim, and his water bottle managed to hit one fan's, erm, face...

Oh to be that water bottle! Who can forget the occasion Harry Styles lobbed his empty water bottle in to a crowd of thousands and directly hit one lucky girl in the face, that's a story to tell the kids right?! 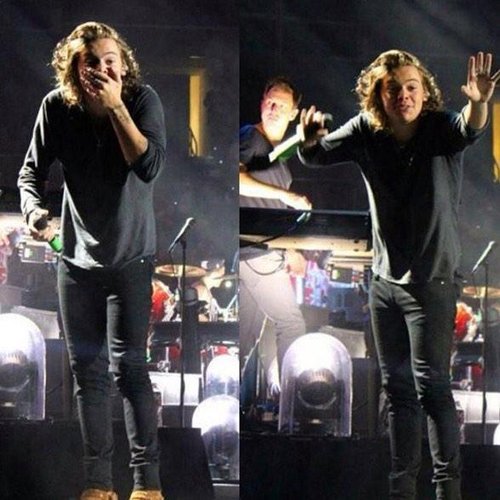 Of course the plastic empty water bottle caused little damage and has of course touched the mouth of One Direction's Harry Styles, so this accident can only be seen as a gift from a greater 1D power. Plus we got to see Harry turn in to the hiding-monkey-face emoji, which is totes our fav of all the emoji's!

5. When Dwayne 'The Rock' Johnson drove in to this guy's car, and totally got away unscathed.

Retelling the story on his Instagram, The Rock explains the incident that occurred in June 2015, when he took the wind mirror of a fellow motorist whilst driving and singing along to the radio (capitalfm NATCH). 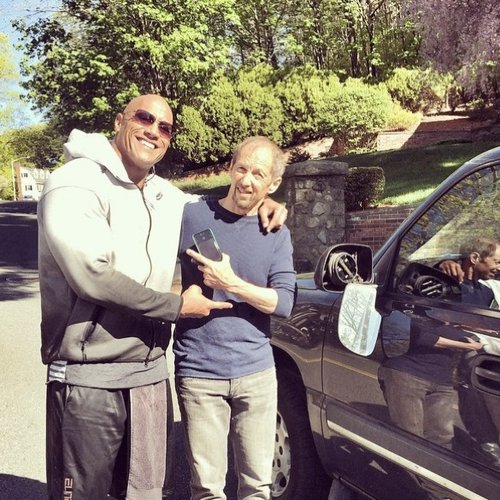 Pulling his car over to assess the damage Dwayne found himself lucky that the driver of the car was just too excited by his celebrity to even care about damage, or injuries caused. Opting to stop and take selfies instead, lol.