Kylie has revealed the secret to her bigger bust – and she denies it’s down to breast implants.

Kylie Jenner’s been dogged by surgery rumours – first for her lips which she initially denied but later admitted to having lip fillers – and more recently for possibly having had breast implants.

The youngest of the Kardashian klan took to her new website to deny rumours that she has been under the knife for breast augmentation as part of a video on her new website, and revealed the real secret behind her bigger boobs.

Kylie revealed that her new look was down to the Victoria's Secret Bombshell bra, and showed off her assets in a normal bra as well as the extreme push up bra she favours.

She revealed in the video, "I don't share this with a lot of people, but everyone thinks I've gotten breast augmentation recently, but I haven't. 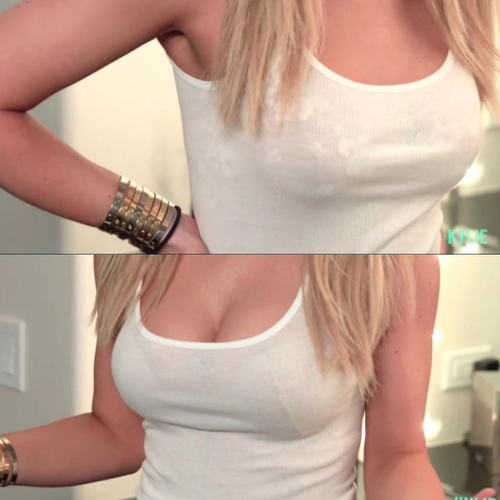 "I just use the Bombshell by Victoria's Secret. It's life-changing. I've gotten all my sisters on it and all my friends. Clearly, it's like 10 times bigger - no breast implants, no surgery, no contouring, no nothing."

Although the Bombshell bra DOES make a huge difference, let's not forget that Kylie claimed her massive lips were all down to clever make up before finally admitting that she had had fillers injected to plump her pout.

Either way, we're stocking up on that bra in every colour!