She's the talk of the town in the world of hip hop but guess what, she's actually appeared in a few VERY well known music videos!

The 27 year old model from Washington, DC is quickly making a name for herself as one of the hottest models around, so we thought you should see some of the music videos she's actually starred in! 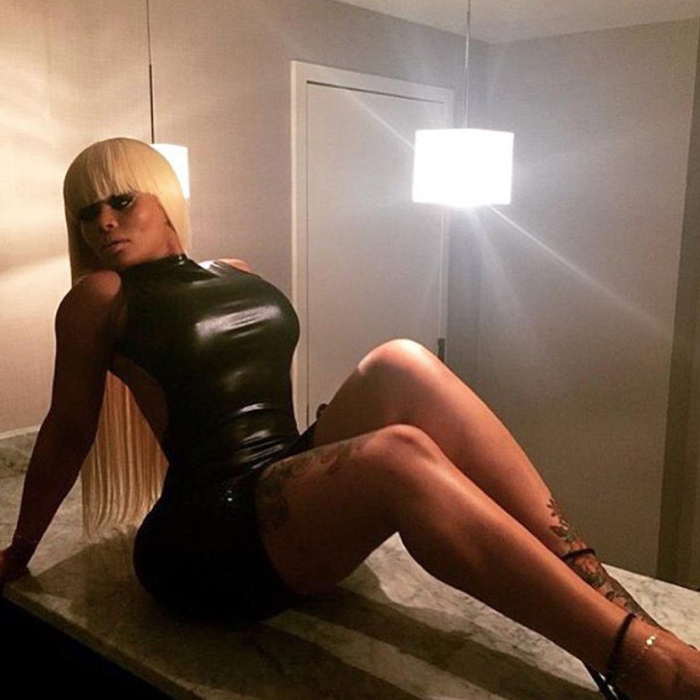 Who Is Blac Chyna? 15 Facts - From Dating Rob Kardashian To Plastic Surgery Rumours!

First of all, if you can understand Future's lyrics without Googling it, you deserve a big shiny sticker. Secondly, how insanely hot does Blac Chyna look in this video! Wow.

So, Tyga and Blac Chyna have a history. The pair were actually engaged for a while AND has a child together. What are the perks of being a rapper's finance? You get to star in their music videos of course!

We need to explain this one. Black Chyna actually appears as Nicki's double starring as Minaj's tied up 'Barbie' character. Mind blown right? If you look closely you can just about make out its Ms Chyna.

'Come On A Cone' - Nicki Minaj

Just so that you don't think Nicki ties up Blac Chyna in all her videos here they are all smiles for Nicki's 'Come On A Cone' from the 'Pink Friday' LP.