Always make sure you have the right number!

Sometimes things happen and you need to contact someone whose details you don't have.

Sadly for Helen, this didn't end so well and she might want to have a word with the person who gave her Christi's number.

Of course that's not gonna make any sense to you right now, so let us explain!

this is the funniest wrong number text i've ever gotten pic.twitter.com/7YytenaVM9

But what was the stunt that Brittney pulled?

Did Caitlin deserve what she got?

Is the cul-de-sac barbecue really the biggest event of the century Helen?

Well after ghosting Helen and getting all the lols on Twitter, Noah then went and shared an update... 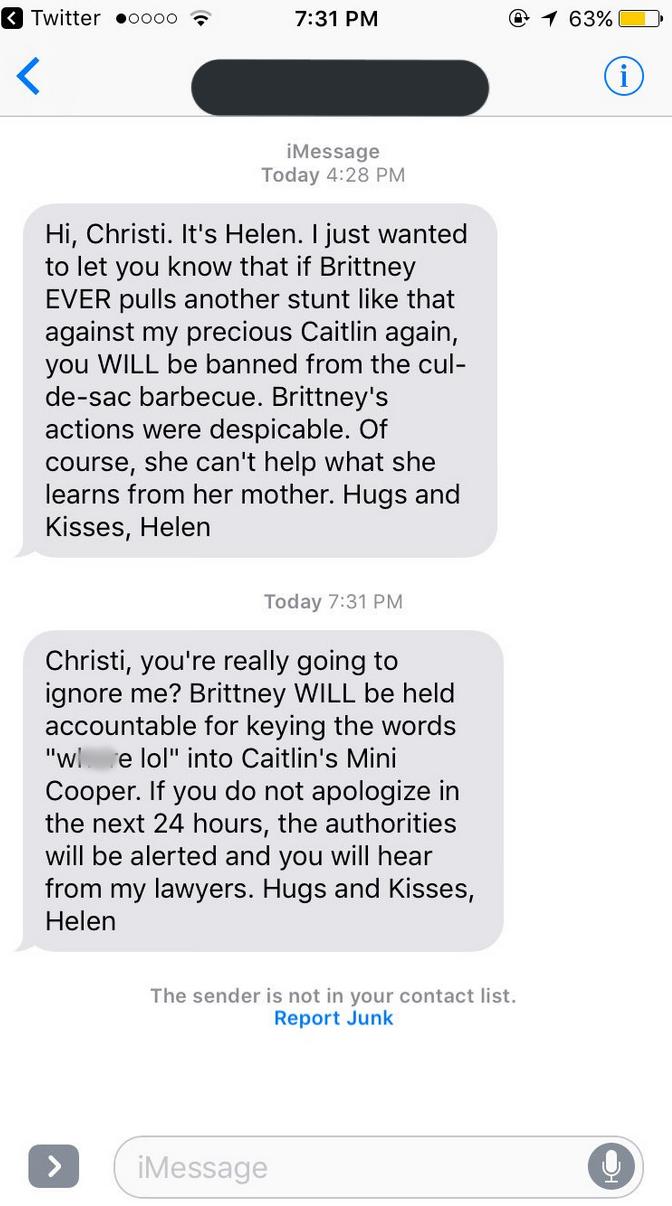 How incredible is this entire situation?!

It turns out that Brittney had actually keyed Caitlin's car and is gonna be in for a world of pain if her mum doesn't reply to Helen pretty sharpish.

Not to mention she might miss out on the cul-de-sac barbeque!

Cue the rest of Twitter sharing some hilarious replies to this amazing thread...

Please respond with "Brittney did nothing wrong" and see what she says.

Tell her that they have been uninvited to the Neighborhood Catalina Wine Mixer!

OMG Helen is sooooo pissed the BBQ was ruined. Why does Brit have to ruin everything?

“if Brittney EVER pulls another stunt like that against my precious Caitlin again, you WILL be banned from the cul-de-sac barbecue.” pic.twitter.com/agSt90gKud

How long will it be before 'Helen's Cul-De-Sac BBQ' is the newest fly on the wall reality TV show then?

Whilst you're here, check out this awesome iPhone hack that will turn your speakers into a full-on soundsystem...

Get on the Capital app now for more hilarious internet goings on and check out the biggest and best tunes around whilst you're on there too!