Arnold Schwarzenegger's Snapchat Videos From His Bike Ride In London Are... AMAZING!

What do you do if you're a Hollywood legend visiting the capital of the UK for the week? Grab a pay as you go bike and check out the sites in true tourist fashion, of course!

Yes, Arnold Schwarzenegger has ditched his chopper in favour for London's famous Boris bikes. The actor has been spotted around the capital at sites such as Buckingham Palace, Hyde Park and Trafalgar Square.

However as many Londoners may warn you, biking on the roads of the city can be dangerous and it'd seem Arnie is proving to be a bit of a hazard as he takes to the roads...

Why is everyone trying to knock Arnold @Schwarzenegger off his Boris Bike in London this morning? pic.twitter.com/qPuHjiigCo

Spotted Arnie? Let us know, tweet us @capitalofficial with your pics! 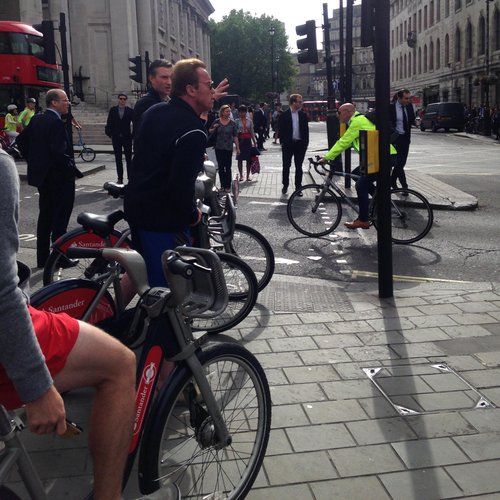