WHAT THE F DID WE JUST WATCH?!

Three words that make us all kinds of excited and terrified at the same time.

> How Have The Rest Of One Direction Reacted To Niall's Debut Solo Song Then? 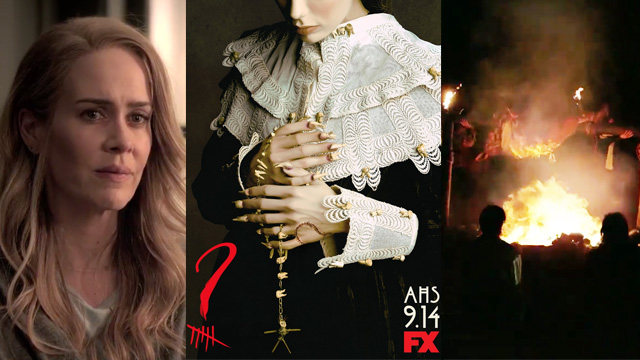 But one of the things that will probably haunt us until our dying day is the sex scene between Lady Gaga and Cuba Gooding Jr in Chapter 3 of American Horror Story: Roanoke.

Prepare to be scarred for life.

So… yeah. That happened.

Poor Gaga though, because afterwards Matt claimed to have no knowledge of the encounter but sadly for him, Shelby was watching (weird, we know…) so isn’t going to let him off the hook that easily.

Commenting, “I saw you with her, screwing her up against this tree”, we’re pretty sure that it’s not just us that's disturbed by this latest turn of events.

Thank you, cuba gooding jr and lady gaga for forever leaving that image in my brain

Can anyone tell me wtf is going on in ahs this season???? And why lady Gaga was getting railed in the woods by Cuba gooding jr just then???

S/O to lady Gaga being more creepy in this season of American horror story then last season.