There's nothing going on, apparently.

Just the other day, Kem admitted that he is "still in love" with his ex, Amber, but he might be a little jealous now after a few pics of Amber getting cosy with TOWIE star, Pete Wicks, were shared on her Instagram story on Thursday.

However, the pair who have been pictured hanging out in Essex and enjoying the nightlife, are reportedly just "close friends" and the 21–year-old is not trying to get into a relationship as she’s still getting over Kem.

A source close to the pair shut down the rumours and categorically said that they’re "nothing more than friends." 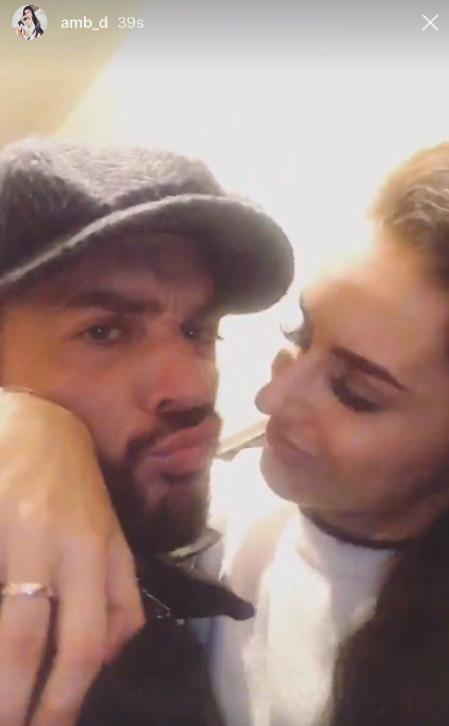 "They see each other around on nights out and go to the same places in Essex.

"The last thing she's looking for is a relationship at the moment. She's still very much trying to get over Kem."

> Keep On Top Of All The Year's Biggest Celeb News By Downloading Our Lovely, Snazzy, FREE App, Deal?

Meanwhile, Kem's busy gearing up for his debut on 'Dancing On Ice' and isn't trying to find love on the show. We'll see how long that lasts.

While you're here, check out this clip of Chris and Kem doing some dodgy impressions...