Brandon Flynn who plays Justin Foley on Selena Gomez’s Netflix adaptation of 13 Reasons Why just casually came out in an inspiring Instagram post.

In the caption of the photo, the actor addressed a message he had seen in the sky which was making reference to Australia’s current debate regarding gay marriage. 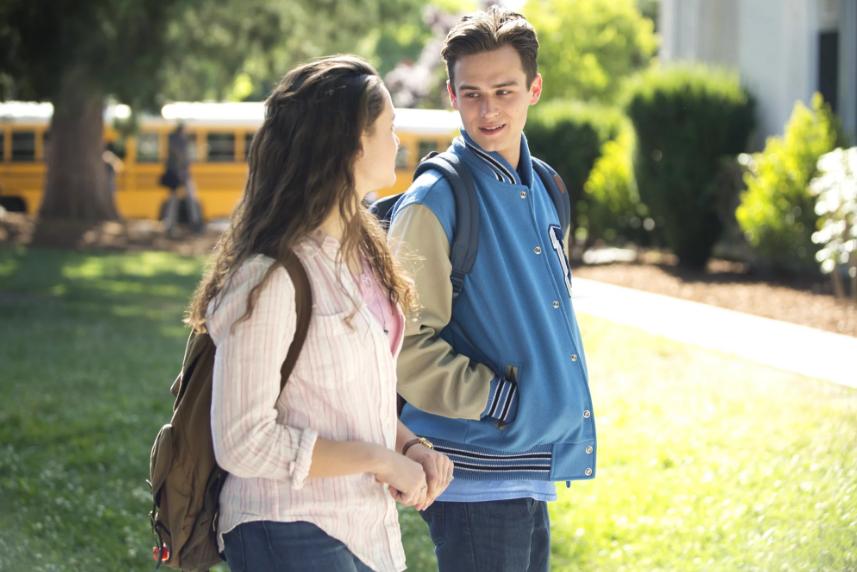 Recently, the largest LGBTQ+ demonstration that Australia has ever seen took place and shortly afterwards the words ‘Vote NO’ appeared in the sky, prompting Brandon to write his own important message.

On my favorite holiday, national dog day, I'm trying to figure out if dogs have a national human day...

Brandon’s coming out is extremely subtle and it’s not even really the focus of his message. He talks about his solidarity with the rest of the LGBTQ+ community but his use of “Us” and “we” symbolise his own fight for equality.

Just saw the "vote no" message in the sky, looming over Sydney. Thank you for raising money and hiring on a plane to write your lack of support amongst the clouds. I hope your hate and lack of understanding fades, just like those words will. Too many of my friends have been kicked out of their homes, kept in the closet, beat up, killed, ridiculed by church and state, institutionalized... and you are scared that if we vote YES, you won't be able to show your hate for Us. Fuck that. We've been scared shitless our whole lives thanks to all the stigmas that surround Us, stigmas that were set in place by the same kind of people who flew that plane over Sydney. We've fought, we've come out bravely even in our fear, and you wrote a message in the sky because you're scared. Equality takes courage, it worries me that too many people in this world lack the balls to stand up for what is right. #fuckhate

Specifically writing, “We've been scared s**tless our whole lives thanks to all the stigmas that surround Us”, we think Brandon is amazing for making this public stand of unity.

Zara Larsson was forced to defend her comments about 13 Reasons Why...

Want more news like this? You're going to want our app then.