A Backstage Snap Of Mabel Performing In Germany

This image appears in the gallery:
This Week's MUST-SEE Pictures From The World Of Music 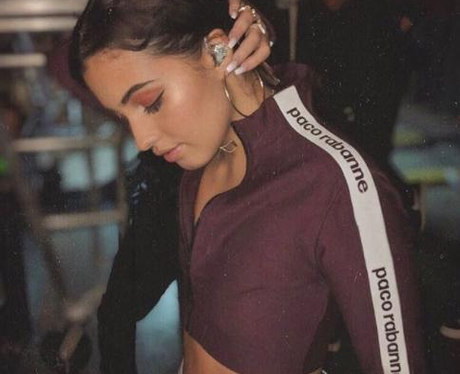 19. A Backstage Snap Of Mabel Performing In Germany

Off to literally the best 2018 anyone could have, the 'Fine Line' singer is supporting Harry Styles on the European leg of his tour. She also has an album on the way but is keeping things extremely under wraps. In an interview with NME this week it was revealed her mum is 90s singer Neneh Cherry and her godfather is in the band REM?! Picture: Instagram

See the full gallery: This Week's MUST-SEE Pictures From The World Of Music