Rihanna's 'Umbrella' was turned down by Britney Spears

This image appears in the gallery:
The Ones That Got Away: 18 HUGE Songs Turned Down By Other Singers 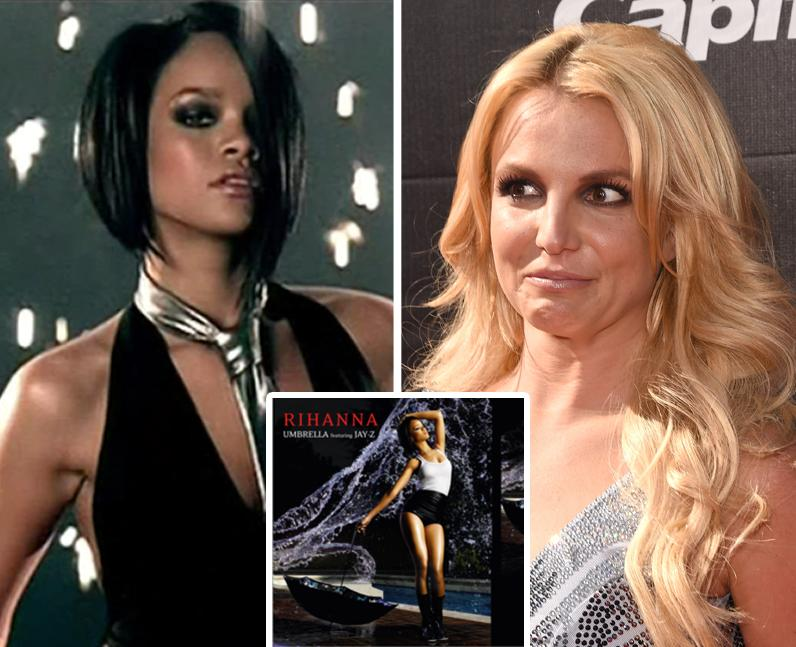 8. Rihanna's 'Umbrella' was turned down by Britney Spears

'Umbrella' was originally penned for Ms Spears, but her team passed on it because she had already finished her album. It was then offered up to Mary J Blige who also turned it down before RiRi got her hands on it and firmly ingrained one of the most annoyingly catchy choruses in our heads for life. It paid off - Rih won a Grammy for it in 2008! (Pictures: YouTube/Getty)

See the full gallery: The Ones That Got Away: 18 HUGE Songs Turned Down By Other Singers