Matt Groening could possibly be the scariest man on the planet.

The Simpsons used to be a bit of little-hearted animated entertainment you'd watch after school, just before dinner. Now, it's our prime source for upcoming news.

Writers of the show predicted that Donald Trump would be president; in 1995, they joked that in the future, we'd be able to talk to our watches, and - most importantly - Homer even rode a wrecking ball nine years before Miley Cyrus did.

It now turns out that Bart, Lisa and Maggie could all be the creative advisers for Lady Gaga, following her incredible Super Bowl half-time performance, as it looks like her exact show was aired four years ago.

During the episode 'Lisa Goes Gaga', which originally premiered on TV in 20 March 2012, the 'Bad Romance' singer opened her show in some fabulously flamboyant outfits, where she sang hits at the piano and - you guessed it - jump across the audience on wires.

Now where did we see that, again? Oh yeah. At this year's Super Bowl half-time show. 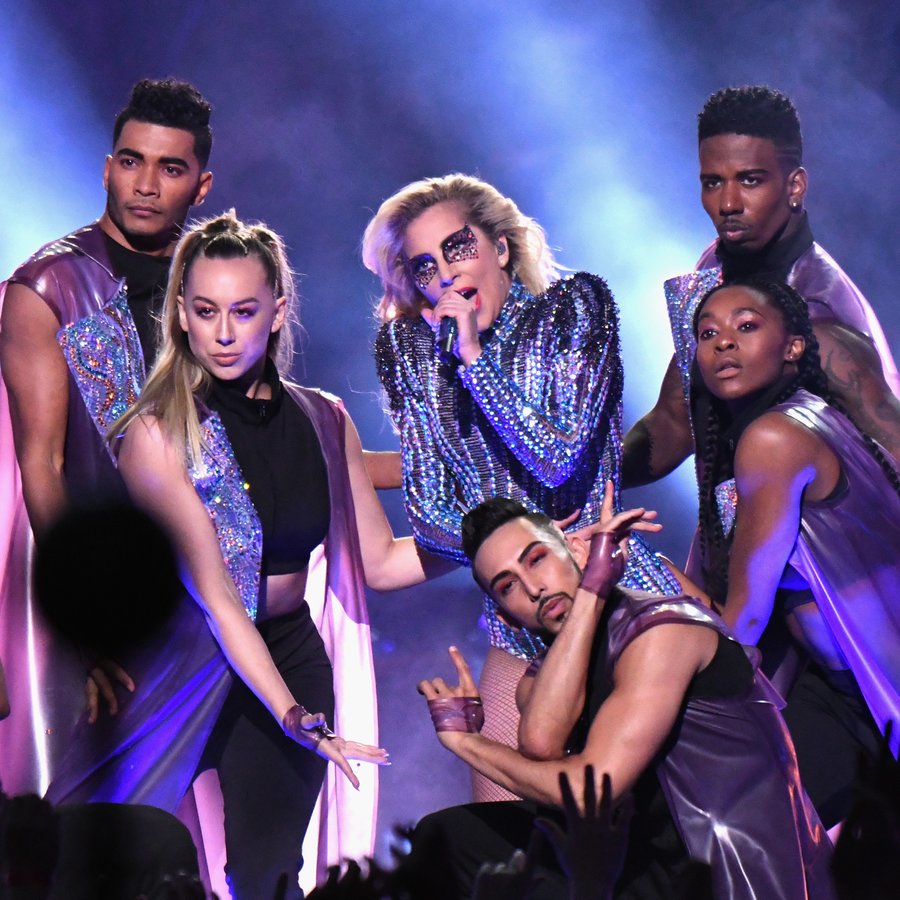 Sadly, there wasn't a bloke dressed as a waving shark in either of these performances. Sigh...