Capital’s Summertime Ball Officially SOLD OUT In Record Time! Now Your Only Way In Is To Win

Keep it Capital for your chance to bag tickets to our sold out #CapitalSTB!

This morning we announced our final act for Capital’s Summertime Ball with Vodafone – none other than global megastar Bruno Mars – and thousands of you flooded our site to buy tickets, which are now completely SOLD OUT!

If you weren’t in the queue at 8am and missed out on tickets - which sold out in RECORD time, just 90 minutes after they went on sale - your only way in is to win... so make sure you’re listening to Capital if you want to bag some of the last few pairs of tickets to the UK’s biggest summer party!

On Saturday 10th June we’re taking over Wembley Stadium with 22 of the world’s biggest stars – check out the MASSIVE line up:

The Summertime Ball ALWAYS sells out super quick – and we know those of you that missed out on tickets will want to be there too, alongside 80,000 other hit music fans! 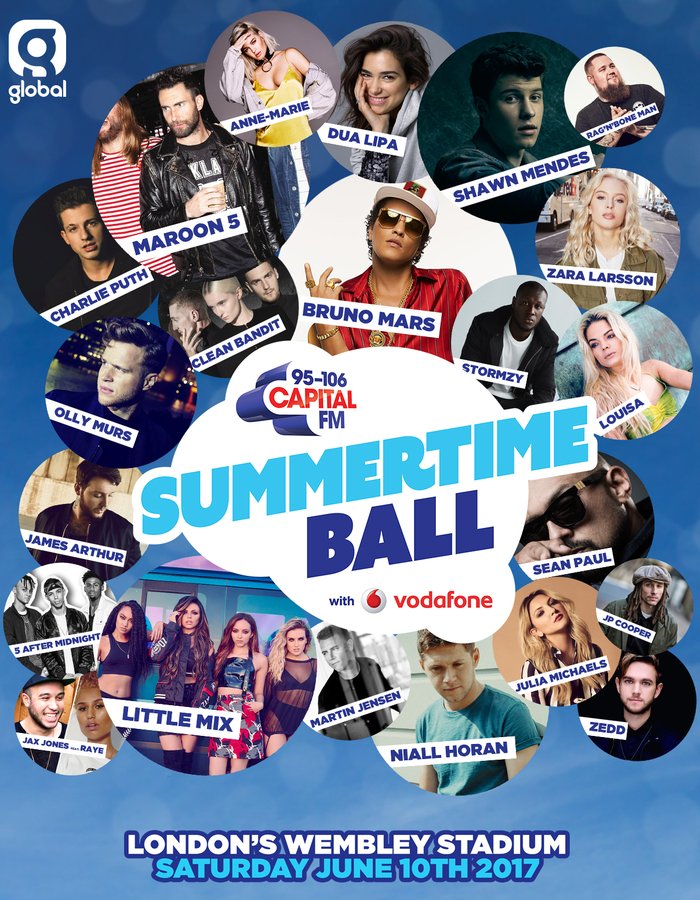 Make sure you keep it Capital for your chance to win tickets to Capital’s Summertime Ball with Vodafone on 10th June 2017 at Wembley Stadium... and keep on top of all the action by downloading the Capital app right here.