The 'Animals' DJ kicked off the Capital Weekender in style with a live set from Ibiza's epic Ushuaia.

And thanks to Vodafone #FutureBreakers you could hear the whole thing, live and direct from the White Isle on Capital on Friday night!

From 9PM Coco Cole caught up with the man himself as we counted down to Martin Garrix's full two hour 'MULTIPLY' set straight to you from the open air club. It was nothing but the freshest and hottest beats from the world of dance of right now.

> Download The Capital App Right Now To Listen Back!

Just a few hours until we bring you @MartinGarrix live from @UshuaiaIbiza! (Anyone fancy a lie down on our float?) #CapitalInIbiza

"I don't want to ruin anything, but I may have a few surprises tonight" - we like the sound of that @MartinGarrix pic.twitter.com/pwgwrLpc7w 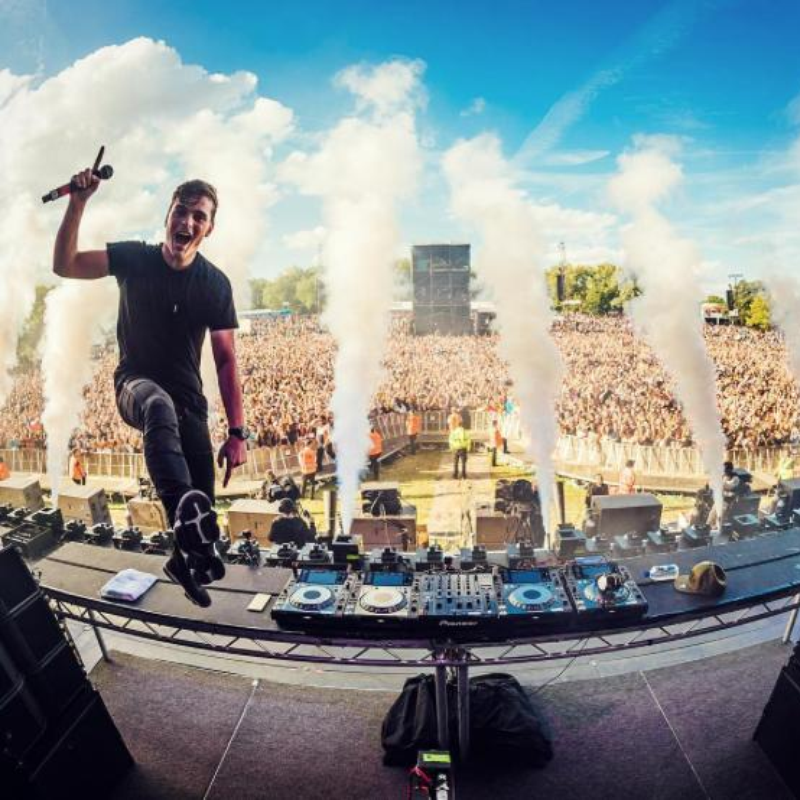 Just last week Coco was hanging out backstage at Wireless with Martin ahead of his set at at the festival. He exclusively revealed to Capital that he was working on a track with none other than Justin Bieber. Watch the video below to see him reveal all!

Vodafone has been searching for the very best unsigned talent from all over the UK to help discover new DJs and artists. And, thanks to Vodafone's new inclusive roaming with unlimited minutes, texts and a monthly data allowance of up to 4GB! You'll be able to Instagram, Snapchat and Hashtag your way through the party and make all of your friends wish they were there!