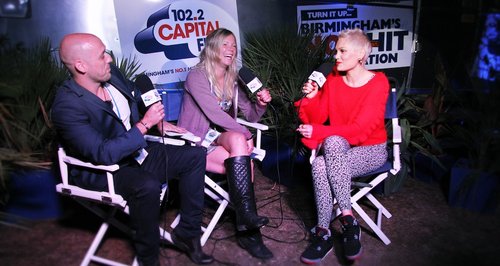 Dan & Katy caught up with 'Wild' singer Jessie J ahead of her live performance at Fusion Festival 2013 in Birmingham.

The 25-year-old who releases her brand new studio album 'Alive' revealed how she reacted when 'Mirrors' star Justin Timberlake labelled her as one of the best singers around before revealing which musicians rock her world right now.