It’s been left in very capable hands after Michael sadly had to pull out.

After Michael Buble sadly had to pull out of hosting this year’s BRIT Awards after his son was diagnosed with cancer, speculation abounded about who would take up the role – and it’s just been announced that Dermot O’Leary and Emma Willis will be this year’s hosts!

The BRITs announced that Dermot and Emma will be taking Michael’s place, and it’s no surprise they’ve chosen two of the UK’s best and most popular TV presenters to take over.

BRITs chairman Jason Iley announced the news today, revealing, “We are delighted to announce the combination of Dermot and Emma who are stepping up as hosts. They are currently the most in demand presenters in the UK, with a huge passion for music, and to get the both of them is very exciting for us. Our thoughts go out to Michael and his family. We would love to see him on our stage in the future.”

Dermot was honoured to be asked to fill Michael’s legendary shoes, explaining, “Firstly, my immediate thoughts and prayers are with Michael and his family at such a difficult time. Michael is an effortless show man, so those patent shoes will not be easy to fill, but it's an honour to be asked to step in with Emma to host the BRITs.

"The BRITs is an iconic show that I've watched and attended many times. It's a holy grail for a broadcaster, and I'm really looking forward to working with Emma, who I'm a big fan of, and celebrating a brilliant year of British music.” 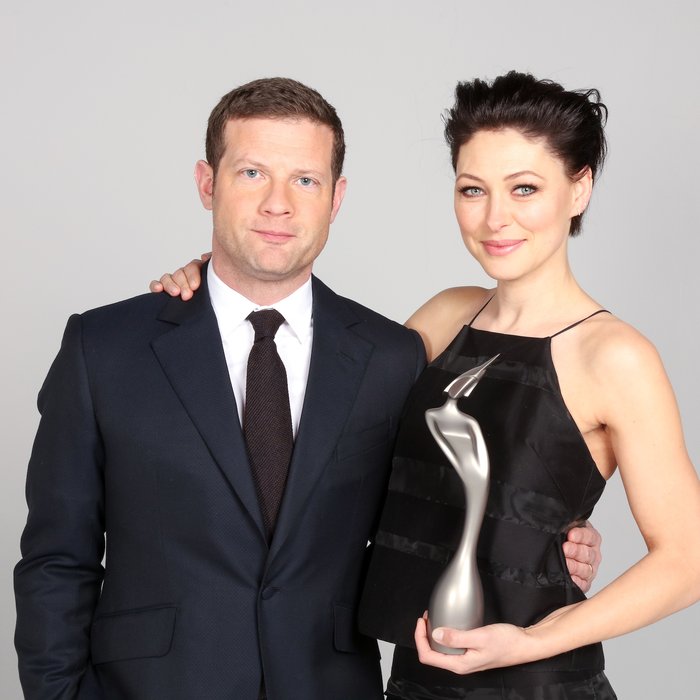 Emma added, “Every part of me sends so much love and all the well wishes in the world to Michael and his family at such a difficult time. I'm a huge fan of his and I would have relished watching him present the BRITs. I know everyone involved wants to make the best show possible and I hope we do him proud.

"I had an awesome time presenting the nominations show this year and I am delighted to be asked back for the main event. To present the BRITs is an honour but to be doing it alongside one of my absolute favourites, Mr Dermot O'Leary is just bonkers. Bring on the BRITs 2017."

Dermot and Emma will be joining the likes of Little Mix, Robbie Williams and The 1975 who have all been confirmed to perform on 22nd February – the BRITs 2017 is gonna be BIG!

BRIT Awards 2017 Nominations - Check Out Who's Set To Win Big At The BRITs!