Courtney Cox joined Stormzy, Dua Lipa and co at the awards show, but her seemingly random attendance actually makes so much sense!

Of all the stars we expected to see on the BRIT Awards 2018 red carpet, Courtney Cox was not the first person who sprung to mind. The actress who famously portrayed much-loved character Monica in 'Friends' was clocked on the red carpet and had fans freaking out.

Whilst you may initially think 'What is Monica from Friends doing at the BRITs?' there's actually a very good reason behind it and it turns out we've got the superstar that is Ed Sheeran to thank for the whole thing.

> BRIT Awards 2018: Catch All The Unmissable Action From The Red Carpet, Backstage & Beyond

Courtney Cox is engaged to Johnny McDaid and whilst that name might not ring bells with some of you, others will know him as a member of Snow Patrol. When he's not making music with his band, Johnny actually writes hit songs for other people and his most famous are for Ed! 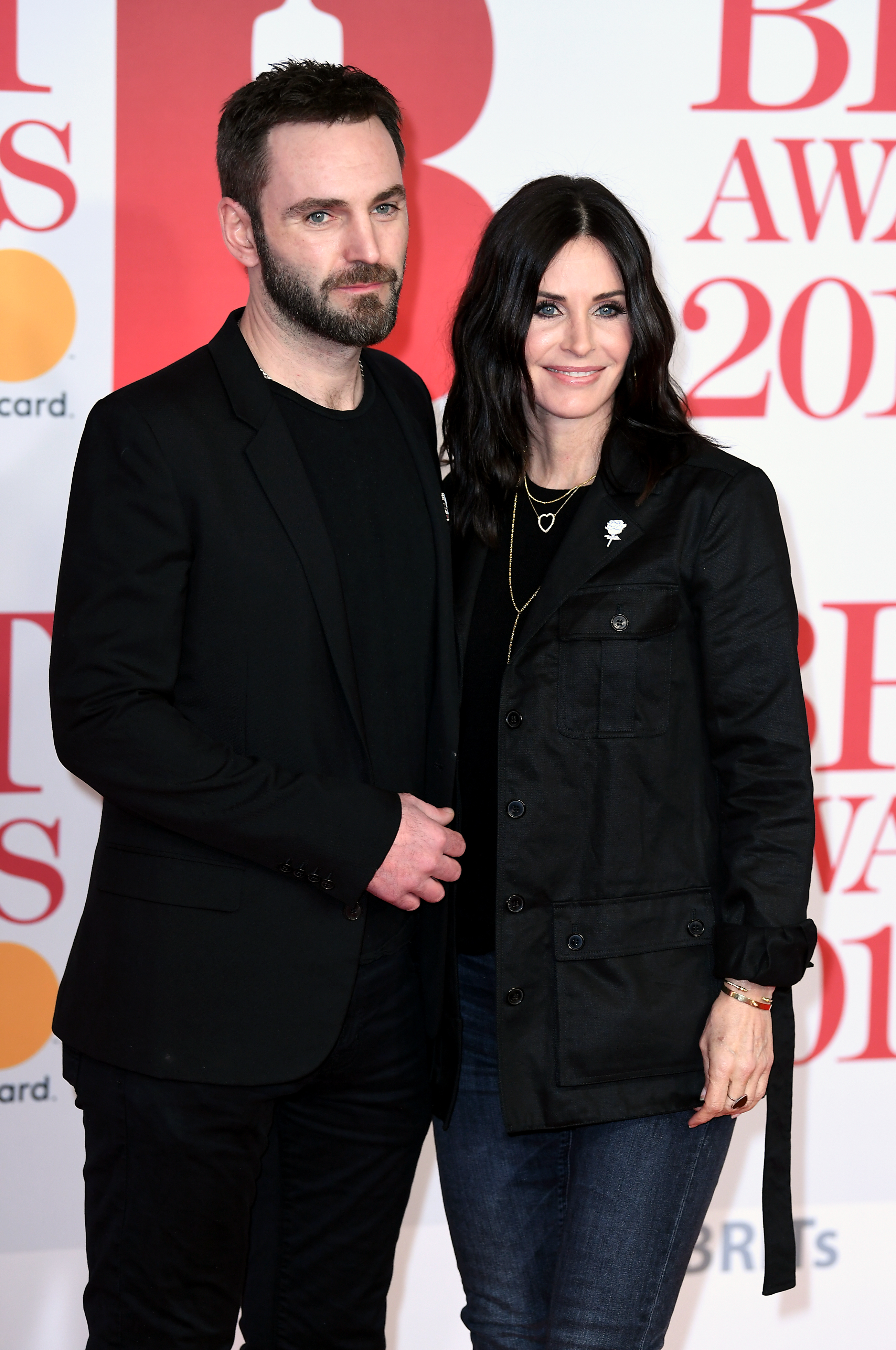 Johnny actually co-wrote a number of songs on Ed Sheeran's latest album 'Divide' including the worldwide smash hit 'Shape Of You' and the song that Ed performed at this year's awards show 'Supermarket Flowers'.

He's also written for the likes of Zara Larsson and P!nk's 'What About Us' is his most recent hit song, so he was clearly invited as a hugely vital part of the British music industry and Courtney was there to support him as his fiance!

Of course as soon as people caught a glimpse of Courtney they couldn't help but freak out and plenty of fans took to Twitter to share their excitement...

I CANT COPE COURTENEY COX IS AT THE #BRITs

Why is Courtney Cox at the #Brits and can Little Mix take a pic with her?

OMG OMG OMG OMG COURTENEY COX IS AT THE #BRITS I HAVE NO WORDS I'M FEELING THE FEELS SHE LOOKS AMAZING pic.twitter.com/PG8GXUYaI9

Who cares about the winners ? Monica Geller snatched them all #Brits pic.twitter.com/doU3WoMFCZ

It turns out that the most excited person to see Courtney attending the BRITs was Spice Girls legend Emma Bunton and she couldn't resist asking for a cheeky snap...

> Download Our Fancy New App For All The Gossip From The BRITs 2018!

Whilst you're here, check out Ed's acceptance speech when he won the Global Success Award on the night...