Tory Chief whip, and Nottinghamshire MP, Mark Spencer said his Twitter account has fallen victim to hackers after a bizarre tweet involving a cat and a cryptic message appeared on his profile.f

Mr Spencer, the MP for Sherwood, apologised after an image of a cat captioned with the words "NO NO NO NO NO NO" was posted from his account. 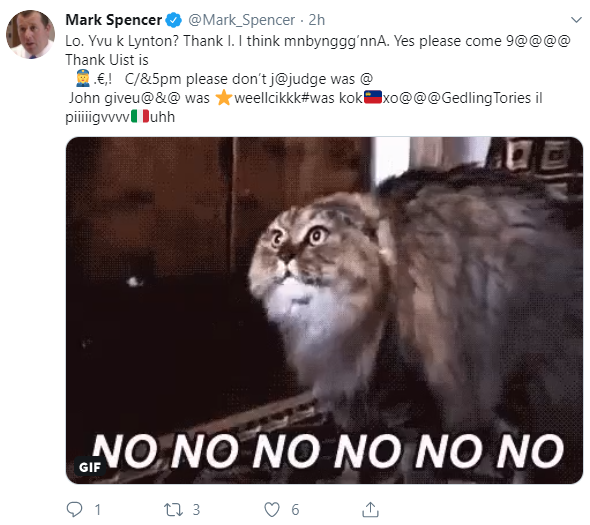 The picture was posted along with an unintelligible message which included a police emoji and an Italian flag.

The tweet has since been deleted, with Mr Spencer blaming hackers for the mishap.

The tweet came as others, including the Prime Minister, celebrated International Cat Day.

The Labour Party also paid tribute to their feline friends with a tweet showing leader Jeremy Corbyn and his cat El Gato enjoying reading John Steinbeck's The Grapes Of Wrath.