Cars and vans belonging to fly-tippers and seized by Birmingham City Council have been crushed - as the cost of tackling the problem looks likely to hit a three-year high.

Figures show the council spent £257,716 to remove fly-tipping waste in the city in the first three months of this year.

Tony Quigley is Head of the Waste Enforcement Unit and told Capital: "The cost is quite significant, and it’s not just to Birmingham, but to most cities across the country, and what we’re saying here is that fly-tipping is not acceptable”.

VIDEO: Cars & vans used by fly-tippers are being crushed after being seized by @BhamCityCouncil #Birmingham #CapitalReports pic.twitter.com/rXN9ntjXqK

Those caught abandoning rubbish can face an unlimited fine and up to five years in jail if convicted.

Last year there were 14,799 cases of fly-tipping in Birmingham, but just 49 people were taken to court.

Fines were also issued to 104 people between 2016-17. They raised a total of £18,800, which was paid to the Government and not the Local Authority responsible for clearing the streets. 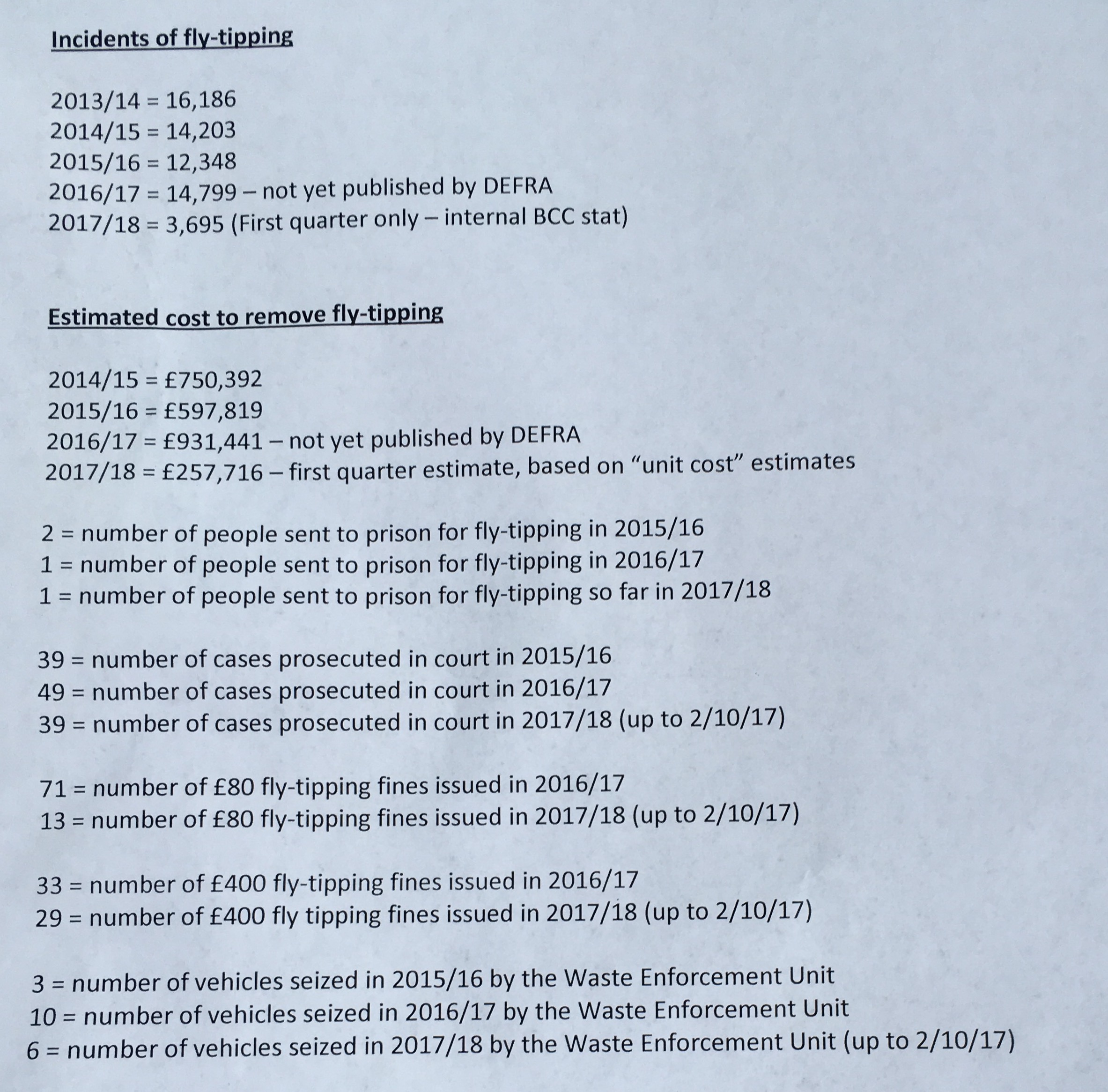