A Birmingham demolition company says its teams were working on the Didcot Power Station site when a building collapsed yesterday.

One person was killed and three people are still missing.  Coleman and Co based in Great Barr have released the following statement:

"We can confirm that shortly after 4pm this afternoon part of the Boiler House at the former Didcot A Power Station site in Oxfordshire collapsed.

"It is with great sadness that we understand that there has been one fatality, five people have been taken to hospital and 3 people are currently missing and unaccounted for. Our thoughts are with the families of all those involved in this tragedy.

"We will provide updates as we receive them.

"We are working with the emergency services who are currently on site to locate those missing and understand the cause of this collapse." 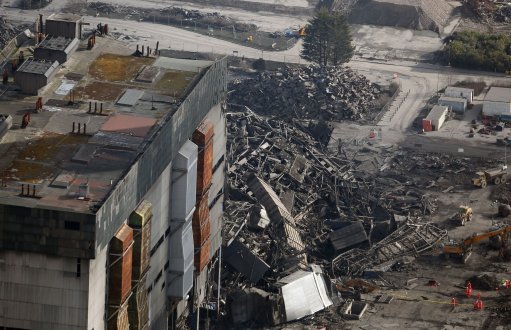 West Midlands Fire Service are among those on the scene helping with the search and rescue operation.

At Prime Ministers Questions this afternoon David Cameron updated MPs on the "dreadful accident'' and subsequent rescue operation - which involved a team of more than 100 people - at the start of Prime Minister's Questions.

He said: "I know the whole House will join me in sending our condolences to the family and friends of the victim and our best wishes to all those still missing or injured.

"I also want to pay tribute to the quick and incredibly brave actions of our emergency services who dealt with the incident with typical professionalism.''