Yungen mashed up his track with JP Cooper's 'September Song' to the delight of the crowd as he brought out the man himself as a special guest.

There's nothing quite like a surprise mash up at the Jingle Bell Ball and Yungen's set was just incredible as he brought out JP Cooper for a surprise duet!

Yungen brought out JP Cooper to mash 'Bestie' with 'September Song' for this incredible performance, stunning the crowd with their unexpected duet.

It was his first time taking the stage but Yungen rocked it like a total pro - that's how you are meant to do your first ever Jingle Bell Ball set!

Ahead of his performance, Yungen stopped by Capital's backstage studio to play a few games - and ended up copping off with Michael Buble...

Yungen was hyped to perform for the #CapitalJBB crowd:

Today is the day! #CapitalJBB

The fans in London's O2 were buzzing to see him perform, tweeting us: 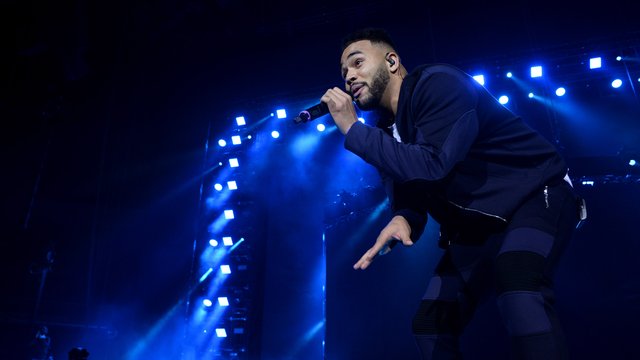