While the three Years & Years boys may be having the time of their lives, it DEFINITELY doesn't look it in the music video for their single 'Eyes Shut'... Gulp.

With this being the SIXTH single from the trio's debut album, 'Communion', Years & Years had to pull out all of the stops on the music video. (Don't panic - they don't disappoint!)

Filmed in just ONE shot, we follow Olly as he strolls through the apocalypse. You can also spot Emre smashing stuff up and Mikey with a scary (yet OH SO adorable) wolf-dog thing. 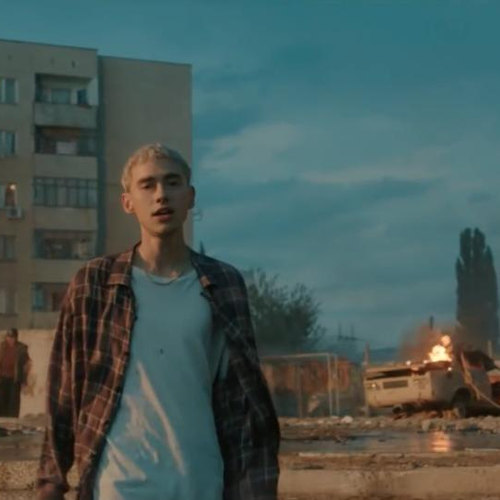 While it's not the usual upbeat vibes we get from the three boys, and that the video is so very, very serious, we just cannot get enough of it.