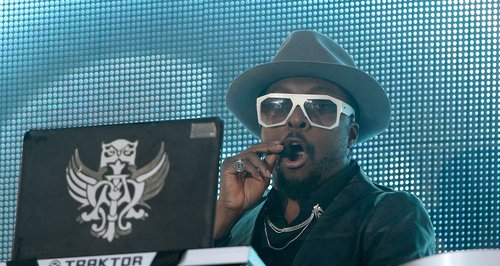 The Black Eyed Peas star takes to Twitter to congratulate the singer on her new track.

The Black Eyed Peas star tweeted Katy to congratulate her on the song, which is the first to be taken from her forthcoming new album 'Prism'.

Unveiled last week, 'Roar' has already topped the iTunes chart in over 60 countries around the world.

Katy's third album, the follow-up to 2010's 'Teenage Dream', is released in November.

Meanwhile, Will.i.am recently teased Britney Spears' forthcoming collaboration with William Orbit, describing it as sounding like it comes from "another planet".