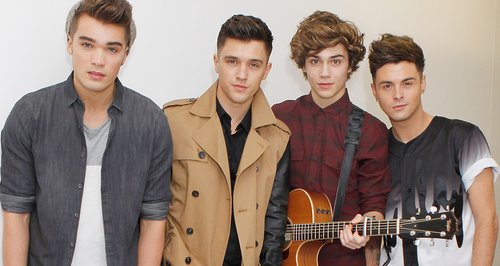 The 'Loving You Is Easy' four-piece share teasers and pictures from the recording studio this week.

Union J's Josh Cuthbert has shot down rumours the band are planning a move to the US, while his fellow band members have started teasing plans for their second album.

The 'Carry You' star responded to the fresh rumours online this week with a tweet confirming they have no plans for a permanent move, while fellow Union J star JJ Hamblett revealed they have have just recorded a brand new single.

"Seeing all these rumours about us moving to LA/America!" Josh tweeted yesterday (5th March). "This isn't true BUT I'm not saying we won't be there very very soon."

Seeing all these rumours about us moving to LA/America! ......this isn't true BUT I'm not saying we won't be there very very soon

Union J's George Shelley and JJ Hamblett have been teasing new music over the past few days, with George back in the recording studio writing new music for the follow-up to their 2013 debut record.

"Finished writing a new song with the boys today! Loooove it! X #UnionJBookOfSongs #InTheStudio #UnionJAlbum2," George posted, while JJ added: "So guys I think we might have heard our next single this week!!!!!!! I'm soooo excited, think you're going to like this one."

So guys I think we might have heard are next single this week!!!!!! I'm soooo excited, think your going to like this one #unionjsingle