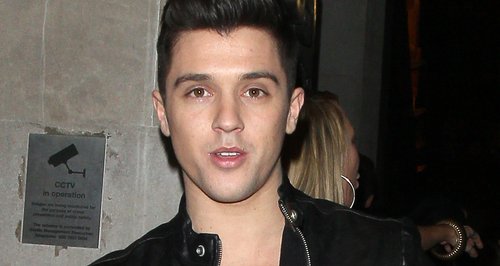 The 'Carry You' singer was spotted taking baby Princeton for his first ever holiday.

Union J's JJ Hamblett caught a flight out of the UK this week for his first family holiday since becoming a father at the end of 2013.

The 'Loving You Is Easy' singer was spotted arriving at the airport earlier this week alongside girlfriend Caterina Lopez and their two month-old son Princeton, as they prepared to board a flight out to Arizona in the US.

Union J have each been enjoying their time off this past week with Jaymi Hensley and George Shelley out in Barbados and Josh Cuthbert skiing with his family.

JJ has since kept fans updated on the family's first holiday together across Twitter and Instagram, as well as telling his bandmates how much he is missing them already.

On way to AMERICAAAAAAA. SO EXCITED :-)) X

@GeorgeUJWorld @JoshUJWorld @JaymiUJWorld miss you all too. Hope your all having a wicked time. :-) x

Let's just say Princeton is definitely not the loudest baby on this flight today........

Union J are set to begin work on their second studio album in the coming weeks and have vowed to be more involved in the songwriting process this time around.