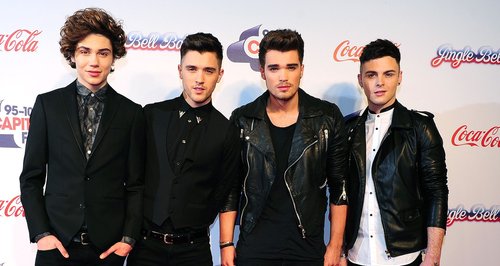 Check out Jaymi, JJ, George and Josh talking to Capital before they head out on stage.

Union J have been teasing their appearance at this year's Jingle Bell Ball and told fans to expect some surprises.

The boys revealed that they will be performing a medley of Christmas tracks during their set.

Josh was also asked about the group's pre-show rituals and he said he'd be getting spruced up and alsu just bumped into Katy Perry.

"I'll just go take a shower, not with Katy Perry, but I just said hello," he said.

Union J will perfrom on a line-up that includes the likes of Katy, Tinie Tempah, Ellie Goulding and James Arthur for day one of Capital's Jingle Bell Ball.