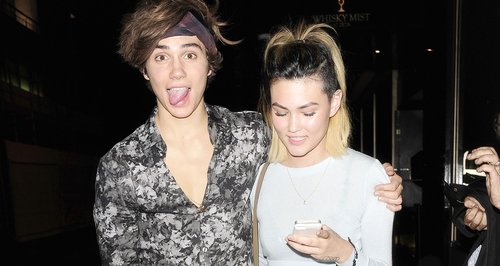 They’ve been favouriting each other’s tweets for a while now, and looked VERY cosy at George’s birthday celebrations over the weekend

It looks like there may be one less single guy in Union J as rumours have been fuelled that George Shelley is dating Neon Jungle’s Asami Zdrenka!

The pair have been friends for a while and have recently been favouriting each other’s posts on Twitter, and the Neon Jungle singer was spotted joining George’s 21st birthday celebrations over the weekend.

Back in June, George and Asami both posted about watching ‘Frozen’ together, which got the fans thinking the pair were more than friends.

On Saturday night, George was celebrating his 21st (yep, we can’t believe he’s 21 either!) at Whisky Mist where he was joined by bandmate JJ Hamblett as well as Ellie Goulding, Dougie Poynter, Luke Friend and Asami.

He is one of the MOST eligible single boys in pop, so Asami is one lucky lady if she has indeed snagged the Union J hotty. Any man that's willing to watch Disney movies with you is a keeper!