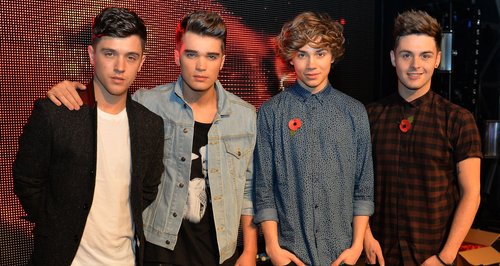 Union J have promised to put on a "really good show" on their 'Magazines & TV Screens' in December, which kicks off just days after they play Capital FM's Jingle Bell Ball 2013.

The 'Carry You' four-piece say they have been rehearsing non-stop ready for their first headline tour, fresh from the release of their debut studio album 'Union J' last week.

"We are excited to start the tour and have been rehearsing non-stop," Josh Cuthbert told the Daily Star this week. "We want to show everyone that we can put on a really good show.

The boys also said they can't wait to see what fans think of their debut album, following the release of singles like 'Carry You' and 'Beautiful Life' this year.

"We were proud of the first single but we spent a long time preparing the album so it's like 'Carry You' is forgotten and we want people to enjoy the other songs," band member JJ Hamblett explained.

Today (6th November) Union J announced plans to release the song 'Loving You Is Easy' as their third single.

It was also announced that Union J will perform the first night of this year's Capital FM Jingle Bell Ball 2013 on 7th December at London's O2 Arena.

Keep it Capital for all the latest news on this year's Jingle Bell Ball with Coca-Cola by heading over to our #CapitalJBB 2013 area and via theCapital App.