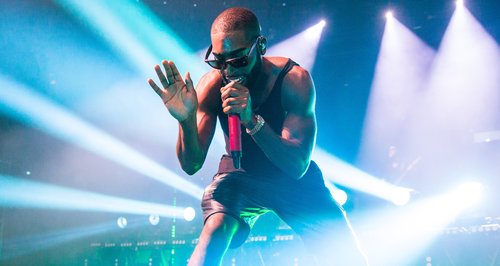 The 'Pass Out' star takes to Twitter to apologise to fans after breaking the news.

Tinie Tempah has announced that he has delayed his upcoming December UK arena tour until March and April 2014.

The 'Written In The Stars' rapper was due to head out an 11-date outing at the start of next month, but took to Twitter earlier today (12th November) to break the news.

Aplogising, he wrote: "Guys, I only think it's right to tell you that after delivering Demonstration and working flat out trying to make an album you guys would be proud of, I feel I haven't had enough time to prepare for the December Tour to make it the best it can be.

"So myself and management have decided to postpone it until April so I have enough time to rehearse all the new songs and make this Tour even better than the last one. Apologies to everyone who was looking forward to it April will be amazing.. I promise. See you then!"

Due to shceduling issues, the shows originally planned for Aberdeen, Glasgow, Leeds and Newcastle have been cancelled.

All tickets are on sale now with the new gig in Brighton going on sale on Friday 15th November at 9am.

Tinie released his new album 'Demonstration' on 1st November – which features the singles 'Trampoline' and 'Children Of The Sun'.

Meanwhile, the UK star will be at London's O2 Arena next month on Saturday 7th December for Capital's Jingle Bell Ball.

He will perform on a line-up which includes the likes of Katy Perry, Union J and Olly Murs.