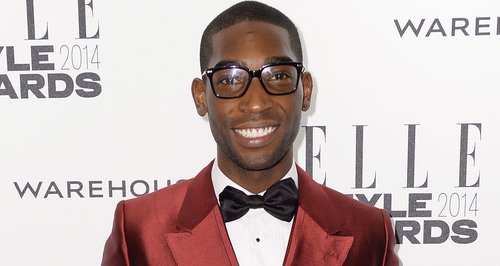 The 'Pass Out' rapper chats to Capital ahead of the huge music industry awards show this evening.

Tinie Tempah has predicted Ellie Goulding will be one of the big winners at the BRIT Awards 2014 tonight (19th February) as well as praising the fresh talent nominated at this year's ceremony.

The 'Children Of The Sun' rapper says he hopes 'Burn' star Ellie, who is up for five awards this evening, will have a "good run" when the winners are announced at London's O2 Arena.

"Ellie I reckon, she's going to have a good run," Tinie exclusively told Capital's showbiz reporter Kevin Hughes at the Elle Style Awards 2014. "I've got my money on her, literally."

The UK rapper also says he can't wait to see some of the "incredible talent" on stage at this year's event.

"It's going to be amazing, again!" he predicted. "Some incredible talent has been nominated this year, loads of newbies, loads of good talent.

"I can't wait to be there," Tinie added.